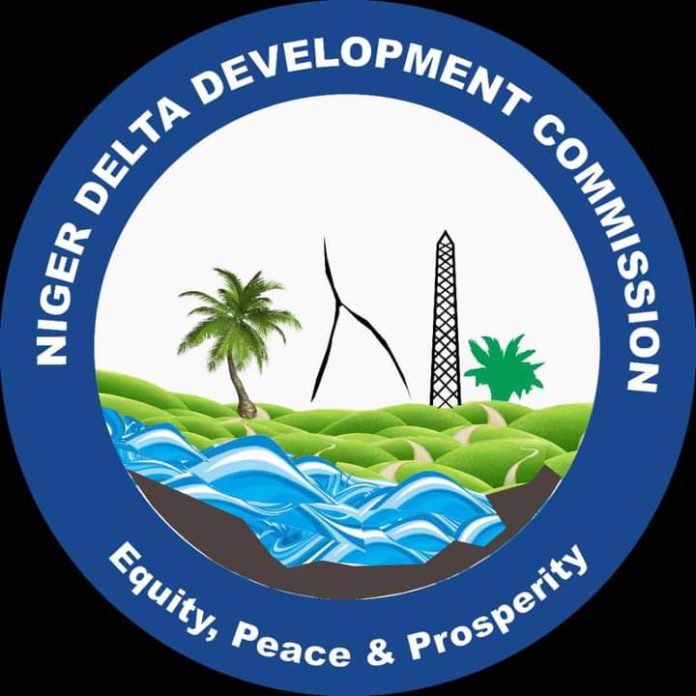 … demands relocation of commission to Presidency.

Following the crisis rocking the composition of the Governing Board of the Niger Delta Development Commission (NDDC), a human rights lawyer, Myson Nejo, has called for the sack of the Minister of Niger Delta Affairs, Mr. Umana Okon Umana.

The lawyer, in a letter written to President Muhammadu Buhari, accused the Minister of alleged gross misconduct for deliberately going against the NDDC act.

While commending the President on his efforts at repositioning the commission through the institution of the forensic audit, Nejo, in the letter made available to newsmen, described as unethical the nomination of Mr. Charles Ogunmola as the Executive Director, projects representing Ondo State on the Governing Board of NDDC.

According to the human rights lawyer, the NDDC act stipulated that the representatives on the board must be from oil producing area, with Ilaje Local Government Area of Ondo State being the only council area in the state that meets the requirements and produced about 5.7% of the total national output.

Stressing that Ogunmola is from Ipele in Owo Local Government in the northern senatorial district of the state, Nejo berated Umana for alleged misleading the President.

The lawyer, who also called for the replacement of Ogunmola with someone from the oil-producing Ilaje Local Government, appealed to the President to remove the supervision of NDDC from the Ministry of Niger Delta Affairs to the Presidency.

The letter reads, “I am constrained to bring up for your attention, the unethical and unwholesome act of Mr. Umana Okon Umana as enunciated in the recently announced list of the members of the Governing Board of the Niger Delta Development Commission, NDDC, wherein Mr. Charles Ogunmola was announced as the Executive Director, projects representing Ondo State Ondo State on the board.

“Mr. President, as someone from the oil producing area of Ondo State, I have taken a critical took at the list that was read on the floor of the Senate on the 23/11/2022 and we have discovered that Mr. Charles B. Ogunmola, who was nominated for the position of the Executive Director, projects from Ondo state, is not eligible for that position, not being an indigene ot the oil-producing area of Ondo State. I am aware that if the issue of the indigeneship of Mr. Charles Ogunmola has been brought to the knowledge of Mr. President, I know that Mr. President being someone who is given to fairness, justice and equity, would not have allowed the name to be included in the list of the Governing Board of the NDDC.

“Mr. President, the relevant sections of the NDDC Act are Sections 2(1b) and 12(1) of the NDDC Act, 2000. Sections 12 (1) of the Act stipulates thus: “There shall be for the Commission, a Managing Director and two Executive Directors who shall be indigenes of oil producing areas starting with the member states of the Commission with the highest production quantum of oil and shall rotate amongst member states in the order of production.”

“lpele, in Owo Local Government Area of Ondo State where Mr. Charles Ogunmola hails from is in the Ondo North Senatorial District and, as such, can not by anyway qualify as an oil-producing area of Ondo State.

“Mr. President would recall that a similar scenario played itself out in July 2016, when Mr. Olatokunbo Ajasin, who also hails from Owo in Owo Local Government Area of the state, had his name erroneous sent to the Senate as a member of the Governing Board of the NDDC: Mr. President graciously corrected that error by removing Mr. Olatokunbo Ajasin and subsequently replaced him with Honourable Lucky Ayedatiwa, who is from the oil-producing area of the state. This also applied to Abia and lmo states at that time.

“Therefore, the inordinate ambition of persons not being from the oilproducing areas as it happens in some of the Niger Delta states especially Ondo, Abia and Imo, to put themselves forward to fraudulently claim positions for which the Act is very clear as to qualifications must be discouraged.

“This act of Mr. Umana, to say the list, is a corrupt act under the ICPC Act, knowing fully well that Mr. Charles Ogunmola is not qualified to occupy the office, not being an indigene of the oiI-producing area of Ondo State.

“It is trite that when a subordinate willfully misleads or attempt to mislead his Chief Executive on critical decision making, as in the present case of selection of persons into political office, this amount to gross misconduct and ought to be met with appropriate sanctions.

“He should know that by the volatile nature of the Niger Delta area, any wrong decision taken in determining who will represent the people’s interests on a sensitive organisation like the NDDC will certainly generate crisis: that is exactly what the nomination of Charles Ogunmola is generating in Ondo State currently.

“l have heard on good authority that Mr. Umana Okon Umana has been threatening fire and brimstone that if the Senate dare drop Mr. Charles Ogunmola based on the various petitions before it, on the eligibility of Mr. Charles Ogunmola to occupy that position on the ground of not being from the oiI-producing area of Ondo State, that he, Umana Okon Umana, will not inaugurate the board. This is a ploy by Mr. Umana Okon Umana to scuttle the inauguration of this board in order to continue to pilfer the resources of the NDDC as his predecessor did. This act must not be allowed to continue.

Nejo also stated that “I therefore appeal to Mr. President to kindly withdraw the nomination of Mr. Charles Ogunmola as the Executive Director, projects of the NDDC having not come from the oil-producing area of Ondo State and replace him with a credible person from llaje local Government Area which is now, the only Local Government Area producing oil in Ondo State.

“To relieve Mr. Umana Okon Umana of his position as the Minister in charge of the Ministry of Niger Delta Affairs for gross misconduct, indiscretion and ineptitude, to wit: misleading Mr. President to nominate Mr. Charles Ogunmola as the Executive Director, projects of the NDDC knowing fully well that he is not qualified to hold that office, not being from the oil-producing area of Ondo State.

“To remove the supervision of the affairs of the NDDC (including the functions of inaugurating the NDDC board), from the ministry of Niger Delta Attatts and return same to the Presidency, where such functions rightly belong, in line with the provisions of the NDDC Act, 2000.

“By so doing, Mr. President would be able to bring sanity to the operations of the NDDC; remove all the corruption that have eaten deep into the fabrics of the commission; douse the tensions and apprehensions that the announcement of the membership of the NDDC Governing Board have generated in the oil-producing area of Ondo State and indeed the entire Niger Delta region; and also reinforce the belief of our people in Mr. President who believes in fairness. justice and equity.”