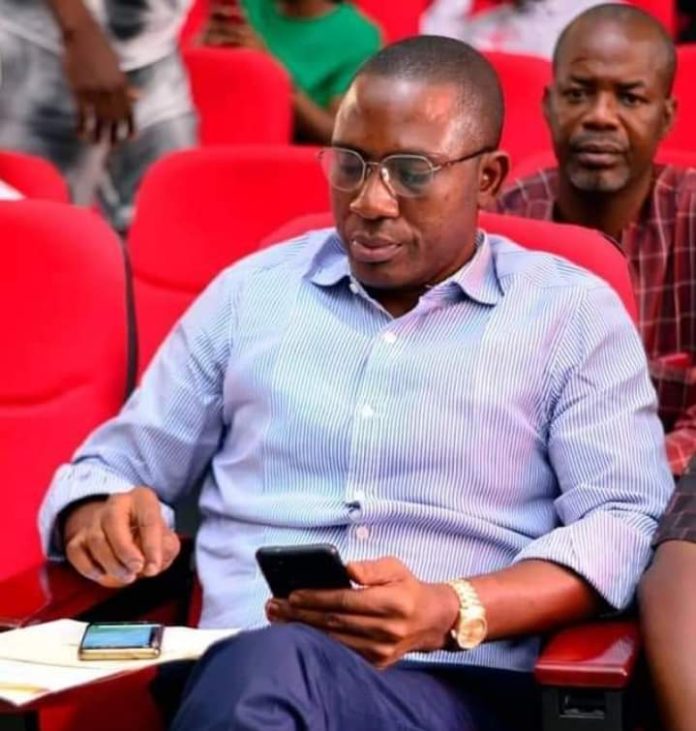 The candidate of the People’s Democratic Party in the February 25 House of Representatives Election, Hon Festus Akingbaso has described the assassination narrative of the federal lawmaker, Tajudeen Adefisoye as a strategy to curry unwarranted sympathy votes from the people of Idanre/Ifedore Federal Constituency.

It could be recalled that, the serving Member, House of Representatives, Tajudeen Adefisoye has accused the PDP candidate of masterminding the assassination attack on his life, a case which has been reported to the DSS and Police, Ondo State Command.

Speaking on the allegation recently, Fessy West as popularly called described the assassination attempt as a fake alert and unfounded to garner sympathy votes having lost touch with the people of his Federal Constituency in the last three and half years.

” Our people are not fool and nobody can blindfold them with empty promises any longer. The forthcoming election is another opportunity to choose who will represent them at the Lower Chamber of the National Assembly. Having seen my sterling performance at the State House of Assembly, they have agreed to support and cast their votes for me in the February 25 election”.

Akingbaso said while the police and other security agencies are doing their investigation, Small Alhaji should look elsewhere for his assailant if there was any in the first instance rather than attacking his personality with fictitious accusation that obviously has no basis.

He said: ” why would he narrow his attempted attack to me in the first instance? If the assassination attack is real as being claimed by him, he should look back at his different engagement outside politics rather than maligning my reputation”.
” It took me several years to build my name and I will not sit back and allow somebody to soil it in the name of playing dirty politics”.

” To an average person from the Federal Constituency, they can vouch for my personality before joining active politics. My track record as a private person has endeared a lot of people to me as a politician”.

” Within the little resources at my disposal and qualitative representation at the State House of Assembly, my people are determined to support my aspiration for bigger responsibility at the lower Chamber of the National Assembly”.

Akingbaso noted that while the federal lawmaker was accusing the PDP members and his person of assassination attempt, it was the other way round as Small Alhaji and his team violently attacked PDP Members where they sustained varing degree of injuries while some valuable properties were destroyed.

The House of Rep Hopeful however called on the Police, DSS and Nigerian Army to do thorough investigation without taking side, saying that truth will reveal itself at the end of their investigation.