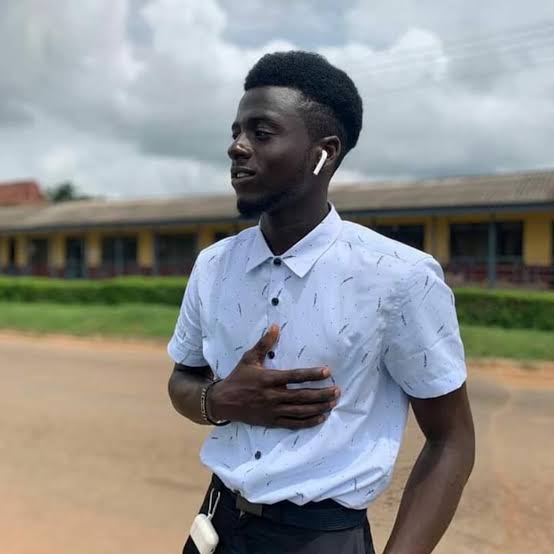 A 300-level student of Industrial Design, Federal University of Technology Akure (FUTA), Olona Babajide Joseph could not account for the sum of N100000 meant for departmental dues before committing suicide.

This was the conclusion of a cross-section of FUTA students who were interviewed by Precision Online Newspaper on Saturday evening.

Olona Babajide Joseph took his own life Saturday at his hall of residence in Akure.

The deceased close friends who recounted his last moments said they were together at the Awopegba football competition among 100 level students on Friday.

According to those who spoke with Precision Online Newspaper at FUTA on Saturday evening, Olona might have resorted suicide because he was accused of fraud.

Olona’s body was found dangling from the ceiling of his room after some students broke into his off-campus apartment.

The deceased, who had a clothing brand called “Tart Angles”, was said to have been the Financial Secretary of the department.

It was learnt that his father was called and informed about the alleged fraud.

A student said: “The Treasurer of the department wasn’t around to receive payment for dues for the new session. Joseph decided to receive the payments from students.

“The President requested that Joseph should send one hundred thousand naira (₦100,000) to him for a departmental project. Joseph sent it, using his digital bank — Carbon. He was debited but the President didn’t receive the payment.

“Several mails were sent to the bank but the issue wasn’t resolved. Due to that, he was so pressured about it and everyone secluded him. He hasn’t attended lectures since we got back from the Christmas break because of the pressure.

“Yesterday morning, I went to get my phone from Joseph because his phone is faulty and we both shared my phone. He informed me that his HOD called his daddy and said he engaged in fraud.

“He was very disturbed about it. He requested to follow me to my office at the Students’ Union Building (SUB) because he didn’t want to stay alone.

“I left him at the office to attend the homecoming event that held at T.I Francis auditorium and also watched the Awopegba match.

“When I got back to the office, he had already locked the office door. He came back to give me the keys and left.

“When I got home, I forced him to eat. At 7:40pm, I knocked his door but he didn’t open. I left thinking he was still angry with me for leaving him at the office.

“This morning, I went to knock around 8 am but there was no response. I had to go and check through his window and I saw him hanging from the ceiling.”

A source closed to the President of the Departmental Association, Owomoyela Oladotun, however, said he confirmed that the late Olona mismanaged the departmental funds.

The source was quoted as saying: “Olona Joseph is a student of Industrial Design and the Financial Secretary of the department. He mismanaged the association funds and was asked to remit it back.

“After first semester examination (last year), he promised to pay back the money in installments. Since then, I haven’t seen him. I just got a call this morning that he committed suicide. It seems like a dream because the money isn’t worth him taking his life.”

Spokespersons for the institution, Adegbenro Adebanjo, said the institution was aware of the incident, saying the Students Affairs Division has got in touch with the family as well as provided support services.

“Counsellors are also providing needed support for students who may have been impacted by the sad development. The Police authorities have also been duly informed.

She said: “His body has been taken to the morgue and investigation has started to unravel the reasons behind his action. But it was a case of suicide.”

A search through his Facebook page showed that he once solicited for fund to upgrade his business.