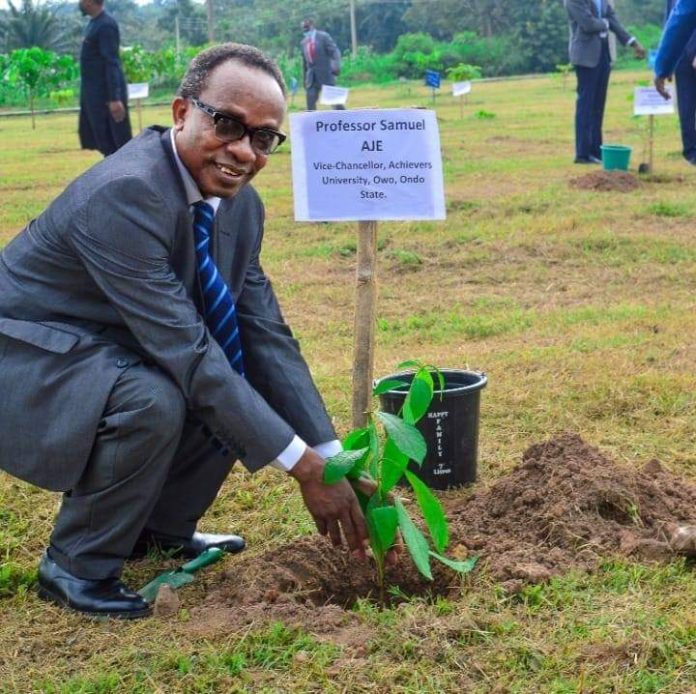 This is contained in the activities line up for the burial arrangement as announced by Mr and Mrs Olaniyi Abiodun, on behalf of the family of the late Professor of French and Applied Linguistics.

Precision Online Newspaper reports that Prof. Aje, who was appointed VC, Achievers University in 2020, after Eight years as Director General of the Nigeria French Language Village, Badagry, died in Lagos on Thursday, December 29, 2022.

The line up of the burial arrangement further show that the traditional cultural dance for the dead in Owo, known as Ajagbue, holds on Wednesday, January 25 at 10am.

The lying-in-state and Christian wake keep hold at Idoani and Owo respectively on Thursday, January 26.

The funeral service holds on Friday, January 27 at St Andrews Anglican Church, Imola, Owo. The interment also holds at the Church’s cemetery, while reception follows immediately at the Church premises.