Precision
Home News NSCIA: Muslims Should Be Ready To Vote In 2023 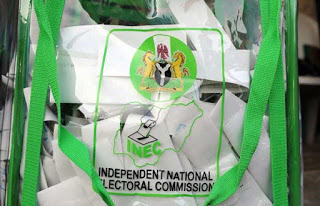 The Nigerian Supreme Council for Islamic Affairs (NSCIA) recently met in Abuja to deliberate on the affairs of Muslims in Nigeria.

The meeting led by the NSCIA President-General and the Sultan of Sokoto, Alhaji Saad Abukakar, urged Muslims to get their permanent voter cards and be ready to vote in the February and March general elections.

The apex Muslim body also praised the activities of the Buba Marwa led NDLEA’s war on illicit drugs, while condemning incessant killings of Muslims in the Southeast part of Nigeria.

Read the 15 point communique below:

Muslims should collect their Permanent Voter Cards (PVCs) as evidence has revealed that many Muslims who registered are yet to collect their cards.

The Federal Government should ensure free, fair, peaceful and credible general elections in 2023 by providing the necessary environment through adequate voter mobilisation and appropriate security measures.

Nigerians should evolve a standard process of electing not only eligible candidates but also suitable ones because the eligibility criteria are too general to the extent that unsuitable people ultimately get elected to the positions of authority. In essence, there is an urgent need to raise the bar of leadership in Nigeria beyond basic qualifications.

The Supreme Court of Nigeria had affirmed the legality, legitimacy and rights of Muslims to hijab in compliance with Section 38, Subsection 1 of the Nigerian Constitution (as amended in 2011) which states, “Every person shall be entitled to freedom of thought, conscience and religion…(either alone or in community with others, and in public and or in private) to manifest and propagate his religion or belief in worship, teaching practice and observance.” Therefore, Muslim women should feel free to wear their hijab and no person or institution should discriminate against them.

The Committee condemned the negative activities of accidental Imams’ and ‘emergency Sheikhs’ who promote hatred, disunity and dissension in their mosques and on the social media. The Committee also warned Muslims to be wary of their antics as they do not represent Islam or Muslims.

The Committee called on the federal government to make available financial empowerment opportunities in the country and thereby tackle the challenges of poverty and unemployment in the society. It also enjoined Muslims to key into the available opportunities.

As Muslims are being profiled and killed in what appears as ethno-religious cleansing in the South East by some non-Muslims which is evident in the recent confessions by some individuals, the Committee called on security agencies to do more to protect the lives and properties of Muslims and bring the perpetrators of such killings to justice.

The Committee expressed serious concern about the general insecurity manifesting in terrorism, banditry, kidnapping and ritual killings all over country. It also called on the federal and state governments to work harder on securing Nigeria from the rampaging criminals.

The Committee appreciated General Buba Marwa for the excellent job he is doing at the National Drug Law Enforcement Agency (NDLEA) and urge government at all levels to provide more equipment and morale boosting programmes to support the agency in its noble and strategic mission. It should be noted that there is high correlation between drug abuse and violent crimes, including kidnapping and banditry, being witnessed in the country.

Parents, Muslims in particular, should be watchful of their children, spouses and relatives. They should not hesitate or feel ashamed at any time to expose any drug abuser for timely attention.

The Committee received with utter shock the news of the death of some Muslim sisters who were involved in a ghastly accident in Shagamu, Ogun state, on their way to a training programme. The Committee commiserated with the late sisters’ families, their organisation and the Muslim ummah at large while praying that Allah admit the deceased to Aljannah Firdaos and grant the injured complete recovery.

The Committee directed all Muslims to pray fervently to the Almighty Allah for peace, security and wellbeing of Nigeria and for the success of the 2023 elections and the population census.