Precision
Home News Police HQ In Kano Up In Flames 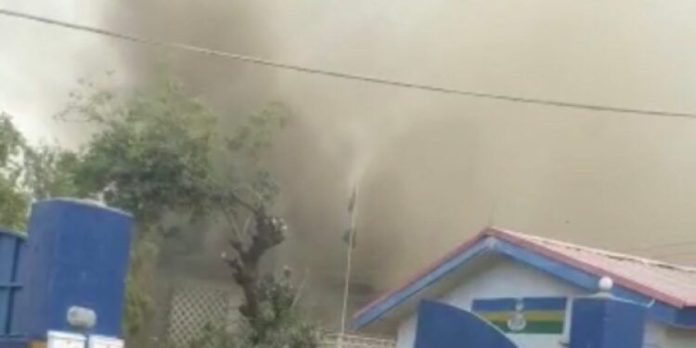 Properties worth millions of Naira have been reportedly destroyed as a result of a fire incident that occurred at the Bompai headquarters of the Nigeria Police in Kano.

A witness told Daily Sun that the fire started at about 2.00pm.in the afternoon on Saturday adding the it affected structures from the Provost office down to the office of the Deputy Commissioner of Police.

According to the witness, the fire however spared the office of the newly posted State Commissioner of Police and the block of offices adjacent to his own office.

Several documents were believed to have been gutted by the inferno, said a witness who however added that there were no report of injury or loss of life of any sort as a result of the accident.

The cause of the blaze could not be established as the Public Relations Officer of the state Fire Service and the Police dpokesman, Abdullahi Harua kiyawa could not be reached for comment.

Meanwhile, the mid day fire has been put off by the officials of the State fire service. who were seen combating fire while the whole headquarters has been cordoned off by security personnel.