Precision
Home News We Will Send You Away If Ikare Boils Again – Ondo Govt... 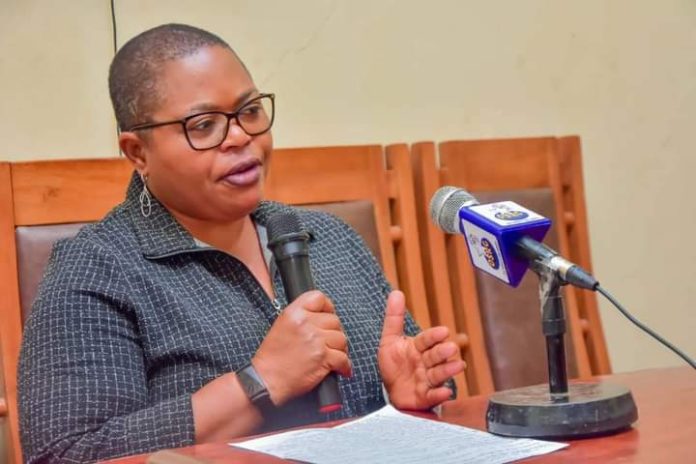 The Ondo State Government says it will send away the two prominent monarchs in Ikare Akoko, the Olukare of Ikare and Owa Ale of Iyometa, if the town witnessed another turmoil.

Similarly, the government says it has relaxed the 24 hours curfew earlier imposed on Ikare- Akoko, headquarters of Akoko Northeast Local Government Area of the State.

Commissioner for Information and Orientation, Mrs Bamidele Ademola-Olateju, who briefed Journalists after the State Executive Council meeting on Wednesday, disclosed that government has made further decision to relax the curfew from 6pm to 6am

According to her, the two Obas are sternly warned to comport themselves in line with government decisions, stressing that anything to the contrary may lead to the concerned Kabiyesi being banished.

The government spokesperson informed that a 5-member committee has also been set up to look into the crisis in Ikare and recommend solutions on the Okoja issue as well as the Oloko intercession.

“This press briefing is about the crisis in Ikare Akoko. The crisis in Ikare has resulted in stringent measures being taken by government. But in like manner, the curfew has been relaxed a little bit and it will be in effect from 6am to 6pm.

“The Council resolved that any further crisis or escalation in Ikare will result in banishment of the Olukare and Owa-Ale. The Council also decided to look into the history of Okoja that is the bone of contention between the two Obas.

“The Oloko intercession issue will also be looked into. From now on, the Council has resolved that no one should parade himself as the Olokoja of Okoja, either the one installed by Owa-Ale and Olukare. All minor chiefs installed by the Olokojas should stop parading themselves as chiefs henceforth. Whoever does so will be arrested and will face consequences”, the commissioner said.