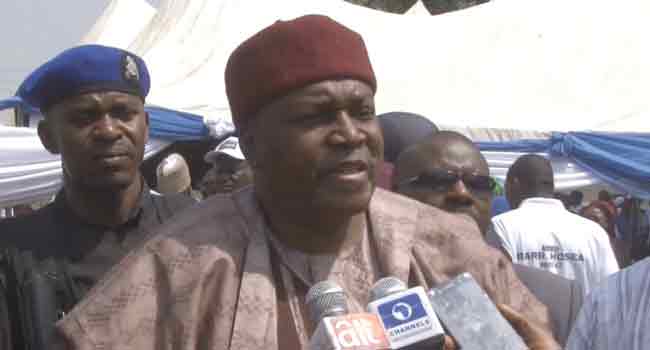 Taraba State Governor Darius Ishaku
Taraba State government has officially effected its ban on open grazing throughout the state.
Governor Darius Ishaku of Taraba State has, therefore, joined his counterparts in Benue and Ekiti State to officially place a ban on open grazing.
Governor Samuel Ortom on May 22, signed the anti-open grazing and anti-kidnapping, abduction, cultism and terrorism bills into law in Benue State and effected the anti-open grazing law on Wednesday, November 1, 2017.
Governors Ishaku and Ortom also close ranks against attempts by the Federal Government to establish cattle colony in both states.
Ishaku made notice of the ban while addressing a crowd at the burial of the lawmaker representing Takum I state constituency, Late Hosea Ibi who was kidnapped on December 30, 2017, and was later found dead.
Some Federal lawmakers including Senator Emmanuel Bwacha and the Speaker of the Taraba State assembly have appealed to Governor Ortom to protect the state against the alleged genocide agenda of minority tribes in the Middle Belt by suspected herdsmen.
Governor Ishaku at the burial, therefore, declared Wednesday, January 24, as the official date banning open grazing while Ortom called for synergy in protecting the Benue/Taraba corridors. (ChannelsTV)