A midnight inferno has destroyed several shops at a shopping complex located beside the palace of the traditional ruler of Akure in the Ondo State capital.
The fire was said to have started at about 1:00 am on Thursday and the cause of the inferno has yet to be ascertained.
Scores of shops were razed while property, including computers, photocopying machines, typewriters, printers, bindings machines and other valuables were destroyed.

Some of the victims and sympathisers told Channels Television that officials of the Ondo State Fire Service said they do not have water to quench the fire when contacted.
They further called on the government to come to their aid as their sources of livelihood have been totally consumed by the inferno.
More pictures below; 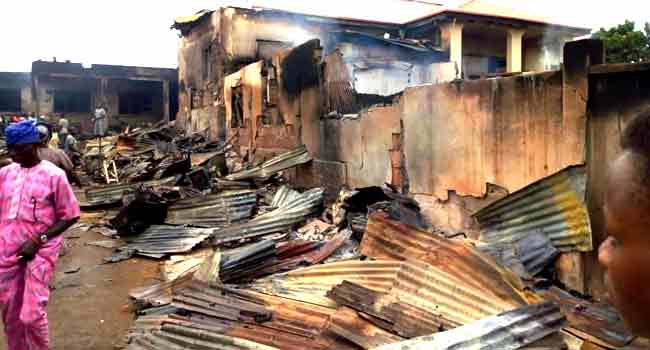 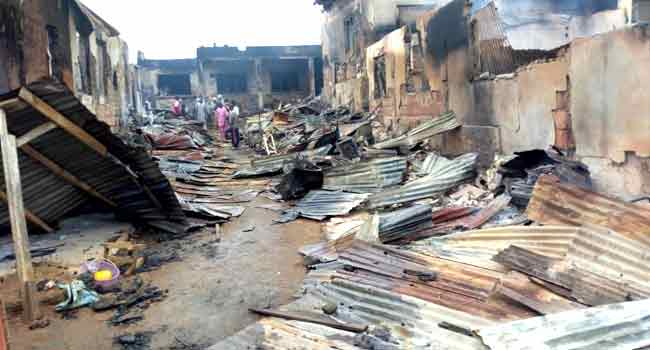 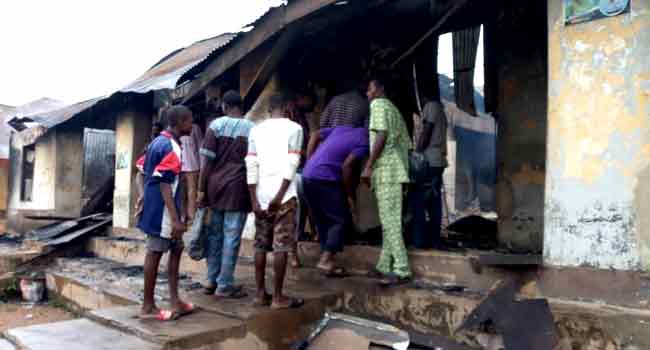 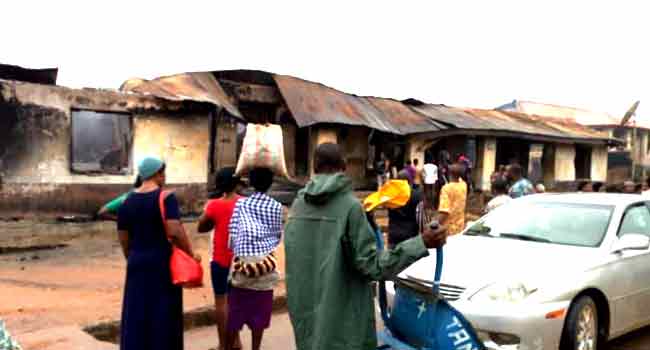 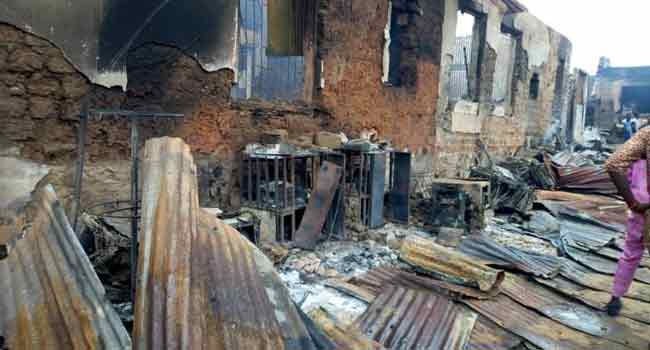