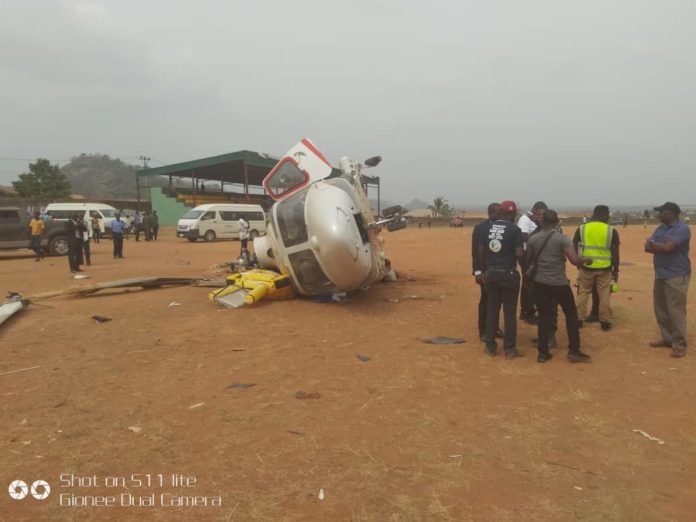 Multiple reports said Osinbajo and all the people on board were safe.

The Vice President who is in the town for his next-level engagements with the people, was undaunted by the accident.

Tobi also further reported that Osinbajo continued his campaign. ” He is hale and hearty, agile and spritely as ever!”. A Twitter post showed the VP flashing a V-Sign as he rode into the town amidst cheers by the people on the street.

“We give all the glory to God, our able protector and commend all the Flight Crew officials for their service. We are marching on for indeed we can do all things through Christ that strengthens us!”, also tweeted Laolu Akande, the media SSA.

In a further statement, Akande said: Vice President Yemi Osinbajo, SAN, has arrived Kabba, Kogi State today. His Chopper had crash landed after a landing incident, but everyone is safe.

“Prof. Osinbajo is now in Kabba after the incident and continuing his engagements in the State, engaging the people on the Next Level plan of the Buhari administration”.