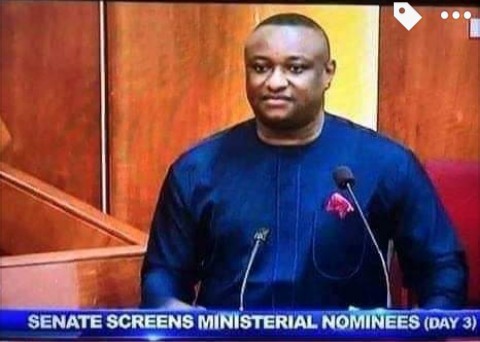 The spokesperson of Buhari Campaign Organisation, Festus Keyamo, on Friday said that he will unbundle the Supreme Court if appointed the Attorney General of the Federation and Minister of Justice.

Keyamo, who is also the Delta State ministerial nominee, spoke in the Senate chamber while being screened or appointment as a minister.

The activist- lawyer specifically told the Senate that he would work to create six regional Supreme Courts in the country for easy consideration and dispensation of justice in the country.

He said that the regional Supreme Courts should be created to handle criminal cases while the Supreme Court in Abuja concentrated on political cases.

“Some of the cases that go there are frivolous. This country is big enough to have six regional Supreme Courts.

“Every police station should open itself to the nearest magistrate courts for inspection. Same with the DPOs are not complying with those provisions of the administration of criminal justice Act.

“Magistrates should be given the powers to grant bail even in matters involving murder when there is no evidence at the early stage.

“We should amend the law to make the powers of the attorney general and DPP subject to judicial review. It is subject to abuse when people accused are abuse and freed.”

On withdrawal of cases from the court, he said: ‘I can vouch for Abubakar Malami (immediate past AGF) that he must have seen there is no case in a suit which is why he withdrew it. I can vouch for him even in my sleep.”

Keyamo insisted that the 1999 Constitution is replete with mistakes that must be corrected.

He said that the country has too many frivolous political parties.

He noted before a political party is allowed to participate in a major election such party should be made to show capacity.

He said: “I think we can strike a balance that for new parties to be registered you must show capacity at the local level. And until the party wins in a seat at a particular level, you cannot run for an office in the next level up to the presidential election.”

On how he would combine activism with pubic administration, Keyamo said that activism is the same as governance.

He said: “We have great activists even as senators. The greatest activists are those in government and people in the legislature.

“Activism is not marching on the road and burning cars of innocent citizens, it is stupidity (apologies). Do those cars belong to the President you are quarreling with?”

On the operations of the Presidential Committee on Asset Recovery, he said that there is a Court of Appeal judgement which ruled that the panel cannot charge anybody to court.

He said that the Oblo Obla committee can only investigate and handover to the AGF.

According to him: “Any other thing by the committee is abuse of power.”