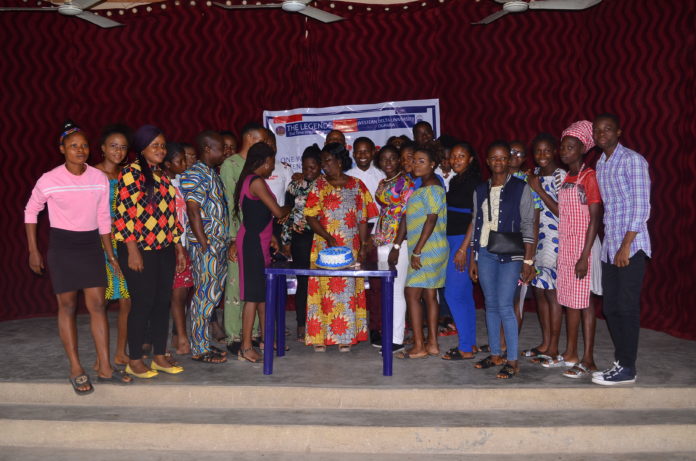 Over 30 young adults within Oghara, Delta state, Nigeria, have been empowered with skills at a one-week skills acquisition programme organized by The Legends Initiative, a mentoring initiative for young adults, in conjunction with Western Delta University, Oghara.

The free skill acquisition programme which held at the temporary site of Western Delta University, featured four skills including Baking, Make Up, Graphic Design and Photography.

Declaring the event open, the pastor of Dominion City, Oghara and Business Consultant, pastor Fidelis Omogor, noted that such event as put together by The Legends, demonstrates selflessness and vision. He prayed for all participants, facilitators and the organizers for smooth operation.

According to the organizer and convener of The Legends Initiative, Mr Samson Ibiwoye, the programme was intended to invest on the ability of the youths to be self sufficient and to reduce the rate of dependency, especially as such incapacitates many youths today. He also encouraged the participants to carry on the vision to others and not just be beneficiaries alone.

Speaking at the grand finale and presenting certificates to facilitators, the Vice Chancellor of the University, who was a partner with the project, Professor (Mrs) O. C Okobiah, commended the organizers and charged the participants to launch the skills they had learnt so far, converting them to money and to further empower others.

According to the wife of the organizer, Mrs Oluwabusayo Ibiwoye, being empowered with at least a skill, will enable young adults to be self sufficient and reduce the rate at which youths and teens roam the streets; adding that from now, most of them would understand better how to invest their free time.

Some of the participants who spoke at the end of the programme commended the organizers and their facilitators and prayed that God increase and expand the vision.

The edition was the first and according to the convener, a more well packaged edition will soon hold, urging members of the public to make themselves available.

He appreciated all their sponsors and Western Delta University, Oghara, for partnering with them and making the venue and other logistics available for them.

The programme which was sponsored by some partners of The Legends Initiative, ran from 29th July to 3rd August, 2019. Certificates were presented to all participants who completed the one-week training.

More pictures from the event below: