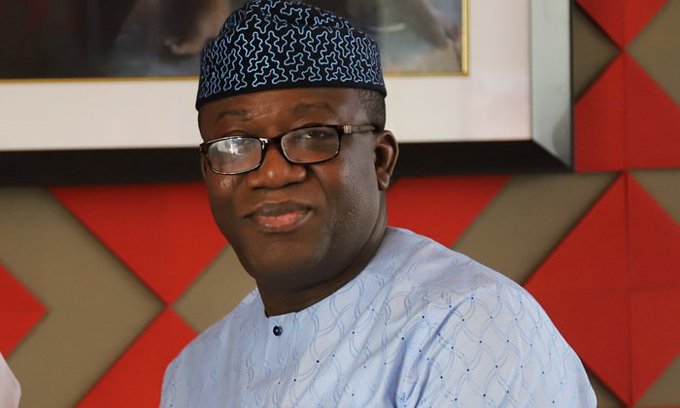 The battle over the new minimum wage has shifted to the states following the decision of the governors to allow each state to negotiate percentage increase for their workers.

The negotiation with labour unions in the states will be based on the financial capability of each state.

But the governors agreed to the payment of N30, 000 to the least paid workers. The decisions were taken at Monday’s meeting of the Nigeria Governors’ Forum (NGF) in Abuja.

The governors declared that they were not bound by the agreement on “consequential increment” between the Federal Government and labour unions.

The governors rejected the “consequential increment” template of the Federal Government.

A governor at the meeting, who spoke in confidence, said: “What the Federal Government agreed with the labour does not apply to the states. The government at the centre only negotiated with its workers, it is now left to the states to do so.

“The truth is that, consequential increment is not part of the minimum wage policy, it is based on negotiation. The states are at liberty to engage their workers on percentage increase for all levels based on some indices.

“Each state will go and take its decision because fingers are not equal. States do not have equal resources. While some are buoyant, others are insolvent.

“The resources available to each state will determine its percentage increase.”

Another governor said: “Labour knows that the agreement at the federal level is not binding on the states but it can help to guide our decision. We operate a federation and by the spirit of the constitution, states are not expected to subscribe wholesale to the Federal Government’s decision. This is why we have Joint Negotiating Council (JNC) at the state level.

“The negotiating power of each labour group in the state might determine whether or not the workers in such state will get federal structure, a lesser increment or more increment than those at the centre.

“Some of us are hopeful that the Nigerian Governors Forum (NGF) will also come up with guidelines to assist the states on consequential increment.”

Read Also: NLC: New Minimum Wage Is Binding On All Employers Of Labour

A report by a Non-Governmental Organisation, BudgIT said if states were businesses, only Lagos, Akwa Ibom and Rivers will remain operational.

It said only 19 out of the 36 states can meet monthly recurrent expenditure, using their Internally Generated Revenue (IGR) and federal account allocations, and still have a surplus of N100 million.

Briefing reporters after the sixth meeting of the NGF, its Chairman and Ekiti State Governor Kayode Fayemi, who read the communiqué, said: “”The forum sympathise with our colleague, Governor Obiano over the recent Onitsha fire incident, in which it lost some of its citizens.”

After reading the communique, Fayemi took questions from reporters on some issues contained in the group’s resolutions.

On whether the states were to jettison the framework developed and adopted at the last Federal Executive Council (FEC) meeting on the payment of the new minimum wage, he said states were going to determine their fate as far as the isse of minimum wage was concerned.

Fayemi said: “I am sure you know that the FEC does not determine what happen in the states. States have their own Executive Councils. and that is the highest decision-making body at the state level .

“The forum, as the representative body of the states fully followed what happened in the negotiations and what led to that template that you referred to. And as far as we are concerned, the best the forum can do is to stick to what has been agreed with the states.

“The states were part of the tri-partite negotiation. States agreed to N30,000 minimum wage. States also know that there will be consequential adjustments.

“Every state has its own trade union joint negotiating committee. They will undertake these discussions with their state government. That is simply what we have said.

“You know that the day after this agreement was reached with labour, I was on record, I was Channels Television and I made the position of the state’s clear, that for us, we have always been clear, that this was a national minimum wage increase, not a general minimum wage review.

“To that extent, we don’t want the media to confuse issues. It is a national minimum wage increase, and yes, that may necessitate consequential increments. We have no doubt about that, but that is a matter for the states to discuss with their workers,” Fayemi said.