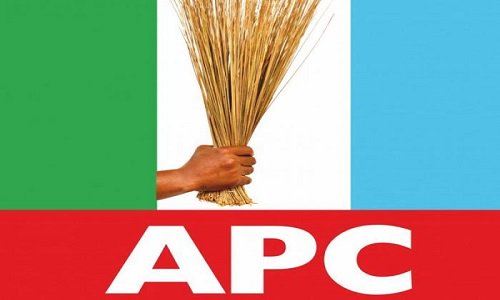 The party chieftains and members converged on the APC secretariat Oduduwa street Okeigbo for their meeting.

In his goodwill message, the party chairman in Okeigbo, Honourable Samson Ojetayo advised the members to continue maintain singular taste with governor Oluwarotimi Akeredolu, he described the governor as the best option for vision 2020 in ondo state.

Honourable Ojetayo pressed further that the stakeholders forum is comprises of APC house of assembly contestants, former local government supervisors and ex chairmen including the some powerful people who defected to APC from opposition parties.

In his remarks one of the newly inaugurated member of the leadership forum Mr Matins Akinniyi commended the leaders and members for their commitment and support for the party before, during and after elections, noting that the exercise was a call for more responsibilities.

Martins Akinniyi promised that he will continue to render more good services to the party in Okeigbo and Ondo state in general.

Also speaking with journalist one of the house of assembly aspirants in 2019 general elections in Ileoluji/Okeigbo, Barrister Fiola assured that they are ready and committed to intensity more efforts for governor Akeredolu second term bid in Okeigbo.

Barrister Fiola said the new leadership forum will create unification and development for the party and community.

According to Mrs Deborah Oloyede, All Progressives Congress has become one.

Mrs Oloyede said the party has developed a political roadmap for Akeredolu vision 2020, she expressed optimism that present government administration in ondo state will return to power come 2021. 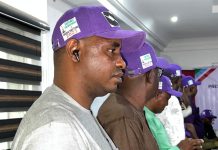