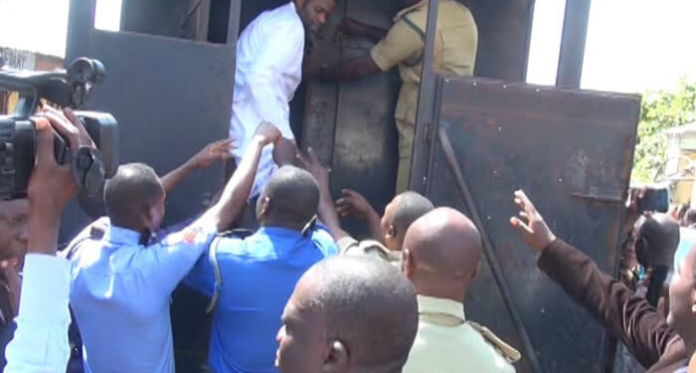 The Founder of the Sotitobire Miracle Church, Babatunde Alfa was on Monday brought before a magistrate court sitting in Akure the state capital.

He was subsequently remanded in Olokuta Correctional (prison) centre following the disappearance of a year old boy, Gold Kolawole in his church last month.

The 42 year old was arraigned before Magistrate Charity Adeyanju along with six female church workers for a two count charge of conspiracy to aid the kidnapping of One Gold Enilanloluwa Kolawole aged 13 months.

In a charge sheet MAK/410/19, they were alleged to have committed the offence on the 10th day of November 2019 at about 11.45am at Sotitobire Praising Centre No 48 Solagbade Street Oshinle Quarters Akure in the Akure magisterial district.

The State Prosecuting Counsel, Mr. John Dada applied for the remand of the accused persons in Olokuta correctional centre pending the outcome of the legal advice from the Department of Public Prosecution, DPP.

In her ruling, Magistrate Mrs. Charity Adeyanju granted the application of the prosecuting counsel and ordered his remand till January 17, 2020 for the investigative report of the Department of State Security, DSS.

Those that were arraigned along with the Sotitobire Founder were, 50 years old Omodara Olayinka (Female), 62 years old Margaret Oyebola (Female) and 56 years old Grace Ogunjobi (Female).