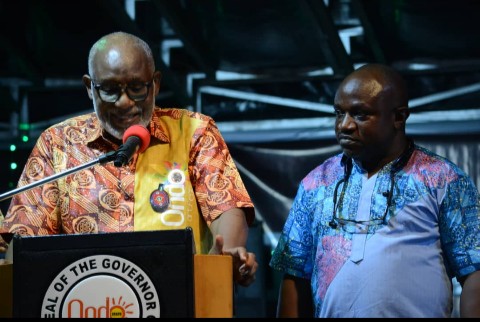 Governor Oluwarotimi Akeredolu of Ondo State has been hailed for his giant strides in the infrastructural development in the state.

The Chief Executive Officer of Oshodi Arts Gallery, Dr Paul Oshodi stated this on Friday in Akure in a statement made available to newsmen

Oshodi, who is the partner of the state government in an annual event tagged Ondo Artfest, noted that the state had not witnessed great development since the creation of the state in 1976.

He said the governor impressed him with the support he had given to the growth of Tourism in the state.

“On health, the Akeredolu led administration had just, signed into law, a contributory health insurance scheme which would afford all classes of people in the state access to affordable health care services.

“Apart from this, the Akeredolu-led administration in partnership with the World Bank is facilitating $500,000 to enhance primary health care across the state.

On Agriculture, Oshodi commended the Government for reactivating the afforestation projects in Ondo state.

Others are Police Road, Ore; Virgin road network within GRA to Prison, Owo and the internal and access roads within the Ondo State University of Science and Technology (OSUSTECH) Okitipupa were also completed.