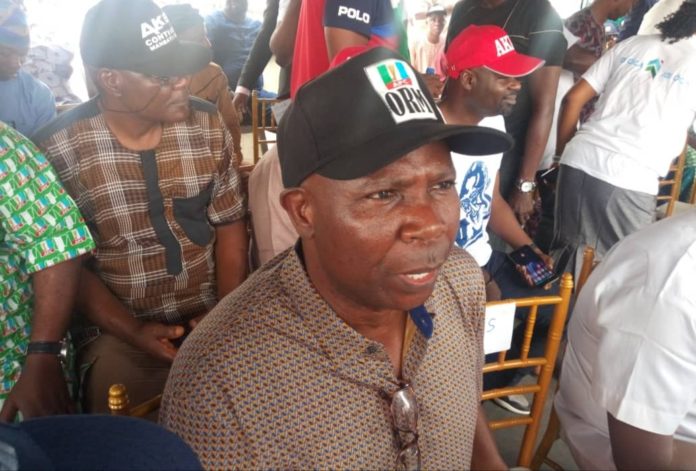 After many failed attempts, former Deputy Governor of Ondo state, Alhaji Lasisi Oluboyo has finally decided to join the camp of the All Progressives Congress.
(APC).

Newstrack reports that Oluboyo was present at the mega rally organised by the APC on Saturday to mark Governor Oluwarotimi Akeredolu’s 3rd year in office.

He attended the rally with his supporters wearing a cap with Aketi inscription.

Oluboyo became deputy Governor of Ondo state after Ali Olanusi was impeached in 2015.