I have always in my writings blamed officials for abandoning the battlefield of fighting fraudulent practices in social and economic intervention programs of government. It is not expected that I will become one such official. Instead if advising government to abandon such a program which is meant to help the common man as has been done in many instances, I will, when given the chance, fight to stop corrupt practices that often lead to the termination of such programs. In 2016, I was very bitter on FGN for withdrawing fertilizer subsidy due to official corruption. Now is my turn.

This is my mindset in the ongoing fight between my Ministry and those who believe must be allowed to pad names of “external students” into the list of government sponsored candidates in SSCE examinations in Bauchi State. I gave that warning and promised the public that this time around they will not have their way. I will make every effort to block them. Glory be to God, we have done that successfully. This is to ensure the continuity of the program.

This year, after the cheats refused to conclude the processing of the MOCK exam which was conducted last July, we conducted an aptitude test for SS3 students as required by the 12 yr old policy that was introduced during the tenure of Malam Isa Yuguda. We examined just over 21,000 candidates met in our schools and found 12,000 of them eligible for government’s assistance in settling the cost of their 2020 May/June WASSCE exams. Like that of Sokoto State, 7,000 failed. Passing a “MOCK/Aptitude test” is a precondition in the 2008 policy. We did not invent.

What we are guilty of is beating the cheaters. We effectively blocked their chances of making the usual hundreds of millions of Naira from internal and external candidates. And they are not happy. We do not expect them to be. They unholy syndicate is out mobilizing unsuspecting children and pushing them to the streets to protest.

The identities of members of this unholy alliance have been unmasked. Chief of them, as testimonies of students and officials revealed, are examination officers of many secondary schools, their principals, and dislodged officials of the Ministry’s examination directorate. Joining them, of course, is the gang of some old principals and very few teachers bitten hard by “the devil” fingerprint device that clocks the school and class attendance of staff.

I think the protesting students need to know that the N800 refund they are asking for is not with the Ministry but still with the same Examination officers/principals of their schools. In connivance with the old exam office staff, they over charged parents in the upload of continuous assessment of their children, well above the N300 we recommended per candidate.

But because we did not want the WAEC deadline for uploading to be missed, we let them go such that all students can successfully register for the exams when the time comes. We will insist on paying only a reasonable amount to the vendors then top up the balance to ensure that students who are not sitting for the WASSCE are reimbursed their N800 or N700 fully. Officials who have ‘touched’ that money should get ready to return them. The boys will come for it.

This wahala ends now as the Ministry will next year, God willing, do the uploading, equipped with the latest gadgets for data capturing. I cannot head a Ministry that is so incompetent as to fail in uploading the data of its students itself but contract it out to others. The new staff of the exams office have already undergone an ICT training for this and other duties.

For those who missed government’s assistance as a result of poor performance or cheating in the aptitude test, the Ministry has three opportunities for them:

1. Any interested candidate should rush now to his principal and pay N13,950 for his
WASSCE. We have pleaded with WAEC for this. A number of students are doing so.
2. Register for NECO at N11,000 or just above. He or she has up to May to do so. Many
have been doing this.
3. If a student still cannot do either of the above, we will allow him or her to pay and
register in his or her school next year, a gesture never officially made by the
Ministry.

We have gone this far to ensure that government continues to encourage students to work hard towards their examination instead of pushing it to abolish it due to corrupt practices of few public officials. For me it is the realization of a stand long held.

I will always support social interventions of government in a society plagued by poverty. That is the reasonable thing to do. Even if the amount is high government should endeavor to assist the poor. I will stick to my guns on this matter.

What I will never support is misplaced compassion even in education. If a SS3 student cannot even write his name well – writing Sini instead of Sani – why would government pay for his WASSCE. Neither would his father do so.

Yes we still have a backlog to clear, N286m, from the N612m we inherited last year. And the new amount of N212m for this year (including NABTEB and NBAIS fees). We have arrived at, and submitted to WAEC a payment schedule in our cash flow that will clear both the backlog and the new fees.

I will advise the adults that instigate children to be very careful with the law. As Commissioner I cannot shield them if they engage in criminal activity of inciting and stage managing violence. The law may apply kid’s gloves to children, as it did last Friday, but it will descend heavily on adults who violate it. Their activities are known.

I also advise them to recalibrate their minds. The change towards better education delivery in public schools is for the benefit of all. We are all making sacrifices to realize it. Some sacrifice their time, some their resources, some their talent. Some are hereby advised to sacrifice illicit practices inimical to our common good. They should play this important role. Our fault, if any, is denying them the opportunity to perforate the ship.

Dr. Aliyu U. Tilde is the Commissioner in the Ministry of Education, Bauchi. 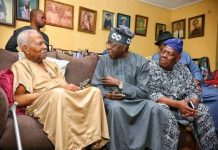 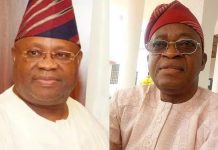