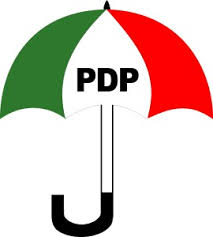 The PDP in Ondo State is utterly stunned and deeply frightened by the level of hypocrisy exhibited by the governor of Ondo State Mr. Rotimi Akeredolu where he had said, at the swearing-in ceremony of his new commissioner for justice and Attorney General, that he holds prompt dispensation of justice, very dear to himself and his government.

The PDP cannot just find correlation and concordance between this hypocritical statement and what is currently obtainable in Ondo State where the governor and his government had refused to simply honour and obey the judgement of a lawful court which reinstated the unjustly suspended members of the Ondo State House of Assembly.

Perhaps, the governor’s attention may need to be drawn to the fact that the Speaker of the Ondo State House of Assembly is about to be committed to prison for failing to grant the reinstated members, access to the Hallowed Chamber after a court of competent jurisdiction had ruled in their favour.

Our party thinks that the governor who is a SAN ought to know that every verdict emanating from a lawful court must be obeyed, and had expected him to seize the swearing-in occasion to ponder and soberly reflect on his administration’s penchant for disobeying validly made court orders and then, solemnly promised to turn over a new leaf rather than the vain glory so far demonstrated.

However, the PDP in Ondo State wishes to advise the governor to take patriotic steps aimed at removing the clogs put in the wheel of administration and dispensation of justice in Ondo State rather than offending and injuring the sensibilities of the people in the course of playing to the gallery. 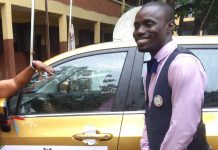