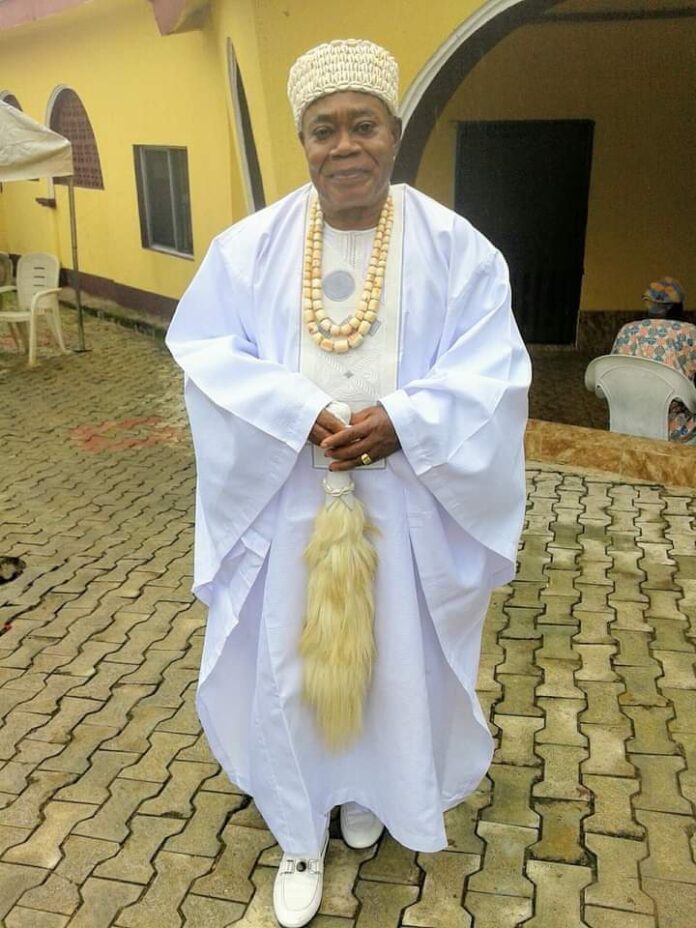 Some suspected killers of the traditional ruler of Ifon in Ose local government, Oba Israel Adeusi, the Olufon of Ifon, have been arrested.

Identity of the suspects was yet to be made public because of the ongoing investigation into the killing.

They were arrested by a combine team of security operatives that stormed Elegbeka forest after the killing of the monarch.

Oba Adeusi was killed last Thursday by suspected kidnappers between Elegbeka and Ifon while returning from a meeting in Akure.

Commander of the Ondo Security Network Agency also known as Amotekun Corps, Chief Adetunji Adeleye, who disclosed this at a press briefing in Akure, said four kidnapped victims were rescued during the search for killers of Oba Adeusi.

Adeleye who debunked insinuations that his men were not in the bush said surveillance has been mounted at the farm of Chief Olu Falae to prevent further attack on the farm by suspected herdsmen.

He said the herdsmen have fled the area.

Similarly, the Ondo Amotekun boss said the “Operation Clean Up” launched on Tuesday led to the arrest of over 20 suspects from various black spots in Akure and environs.

He said some of the suspects were caught in the act of committing robbery.

Chief Adeleye explained that the Operation Clean Up was meant to take the war to the criminals in their various hide outs in the city or the forest.

His words, “In the past few weeks, Ondo State witnessed increase in kidnappings, armed robbery and men of the Amotekun Corps went into action in collaboration with other security agencies.

“We observed a downward trend after the ban of okada at night so we had to change tactics. That was why we launched the Operation Clean Up which is intense patrol across the nook and cranny of Akure and other parts of the state.

“The idea is to take the war to the kidnappers, criminals or wherever they are hiding and we have recorded huge success. Amotekun operates in the bush, forest, water and anywhere.”

On the arrest of some cows, Chief Adeleye said the cows were caught destroying a farm and the herders fled.

He said the cows would not be released until the owners reached amicable agreement with the farmers whose crops were destroyed. (TheNation)