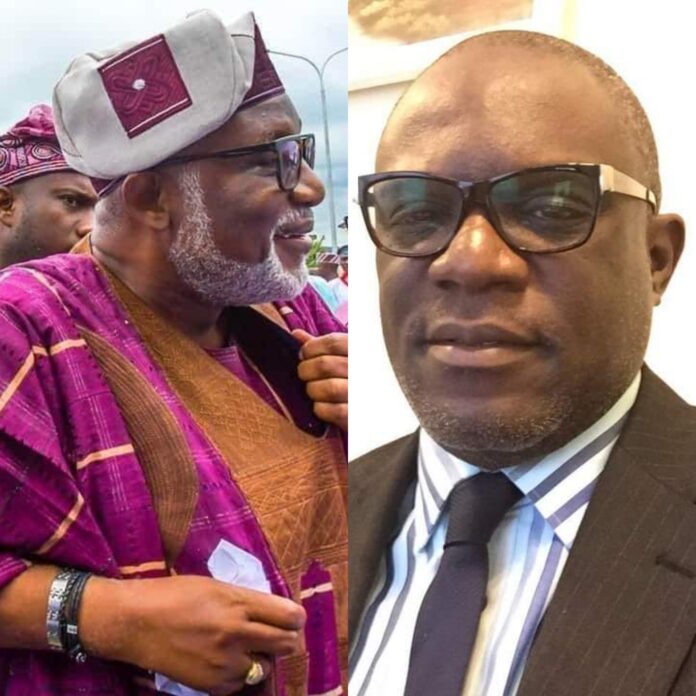 Barring any hitch, the governor of Ondo state, Oluwarotimi Akeredolu, will know his fate on Monday, December 14, as the federal high court sitting in Abuja, gives judgement in a suit challenging the validity of the primary election that produced him, as the All Progressives Congress (APC) candidate in the October 10 election.

The Judge, Justice Okon Abang had on Friday, November 20, 2020, fixed December 14 as judgement day, following arguments from all parties in the suit with number: FHC/ABJ/CS/886/2020 filed on August 3 by Dr Nath Adojutelegan, an APC governorship aspirant in the state election.

The Precision NG reports that, Akeredolu, the APC and the Independent National Electoral Commission (INEC) are first to third respondents respectively in the suit.

Adojutelegan, who along with others lost the primary election to Akeredolu, had challenged the election’s result.