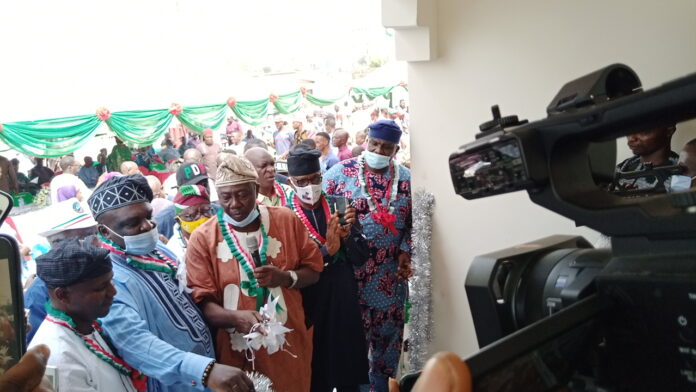 Governor of Oyo state, Engr Seyi Makinde has called on aggrieved members of the PDP in Ondo state to sheathe their swords and come together in the interest of the party.

Makinde stated this on Tuesday in Akure, the state capital during the commissioning of the newly built secretariat of the party which was razed by hoodlums in October, 2020.

The party secretariat was razed during the curfew declared in the state as a result of the end SARS protests.

Makinde who was represented by Chief Dayo Ogungbenro said he is aware of recent moves by some members of the party in the state, adding that such divisiveness won’t take the party to no where.

He said the PDP is prepared to takeover Ondo state, while not leaving any stone unturned in the bid to takeover power at the central in 2023.

Makinde while expressing joy that the party secretariat is now standing tall within two months it was razed, thanked the donor, Prince Godday Erewa for adding value to the party.

Earlier, the financier of the newly built secretariat, Prince Erewa, appreciated the party leadership led by Alhaji Fatai Adams for believing in him to turnaround the fortunes of the party.

He said the newly built secretariat has send a signal to the enemies who destroyed it that there’s always light after a dark tunnel.