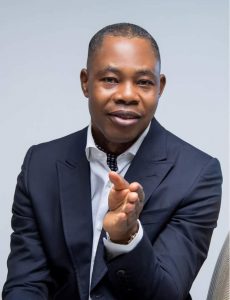 Describing the new accident which occurred at Akungba Akoko at the Weekend, as one ghastly auto crash that is too many, the member representing Akoko Southeast/Southwest Federal constituency, Hon. Ade Adeogun has called for the prosecution of the owner of the truck.

Adeogun in his reaction to the new accident that claimed the lives of students and traders, charged the police to prosecute the truck owner for manslaughter.

“I’ve received with great shock, the news of a ghastly trailer accident that claimed the lives of students and indigenes in Akungba Akoko, Akoko southwest local government Area.

“I commiserate with the Students Community, the Vice Chancellor of Adekunle Ajasin University (AAUA), the People of Akungba and families of the Victims.

“I call on the minister for Works and Housing and the Corps Marshall of Federal Road Safety service Commission to immediately Introduce Low Barriers on the Akungba-Ikare, and Isua-Iwaro Roads to divert Articulated vehicles away from the Akungba and Oka towns Routes.

“I equally call on the Police to identify, apprehend and prosecute the owner of the truck for manslaughter. It is my believe that when owners of vehicles are held accountable for the recklessness of their drivers, they will take more precautions to ensure that vehicles are road-worthy and drivers are more level headed. Our communities in Akoko South West can no longer bear this frequent loss of human lives

“The lives of our people matter and this latest accident at Akungba is one Accident too many.”