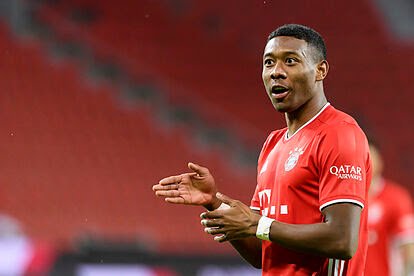 The Bayern Munich defender of Nigerian descent will join the Spanish giants when his contract with the Bavarian club comes to an end on June 30.

He has agreed a four-year deal with a salary close to 11 million euros per year in an offer made at the club’s offices in Valdebebas, as MARCA reported on January 2.

The Austrian has been free to negotiate since January 1 and Real Madrid haven’t wasted a second in bringing in the European champion to seal a deal as quickly as possible. The player has even already undergone a medical for his future club.

The 28-year-old was chased by some of Europe’s biggest clubs, with Manchester City, Paris Saint-Germain, Liverpool and Chelsea all registering an interest with agent Pini Zahavi. Alaba had already shown his interest in playing in LaLiga Santander and after 10 seasons with Bayern, was not afraid to run down his contract in Germany.

For Madrid, having Alaba for free is a bargain which allows them to afford his wages despite their tight economic restrictions to balance the books since the pandemic began.

With 408 games, 32 goals and 49 assists helping Bayern to win 25 titles, including two Champions League wins and nine Bundesligas, Alaba is rated as one of the best defenders in Europe.