Precision
Home Opinion Opinion: In And Around Maiduguri In 72 Hours By Femi Mimiko, mni 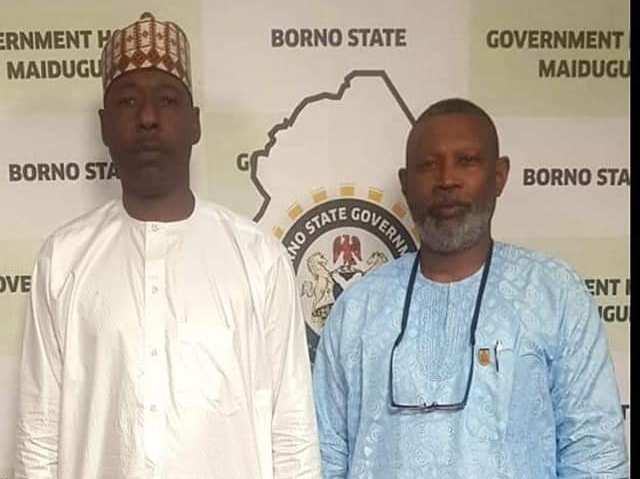 My trip to Borno State had been long in the works. It, not unexpectedly, came with all the worries and concerns. After all, Borno is the epicentre of the Boko Haram phenomenon, transiting from terrorism to insurgency within the decade; wholly defined by violence and disruptions of gargantuan proportions. Even so, the internalisation of the fact that Borno indigenes, other Nigerians, and indeed foreigners live in, work in, and ‘have their being’ in the State, was self-assuring enough. Ironically, Borno is a State that was long designated, ‘Home of Peace’ – something that probably informs the heroic determination of the people to keep getting up onto their feet each time the security situation seemed to overwhelm them. It is trite that someday, the State would truly live to its billing.

Upon the conviction that it was a trip worthy to be made, made it was, January 13th through 15th 2022! It was an honour and privilege to be hosted by the Borno State Governor, Prof Babagana Umara Zulum, mni, FNSE. Significantly, in spite of the lingering security challenge in the State, which thankfully seems now to be abating, you could see the evidence of modern governance, leadership passion, and deep social commitment in full view in much of Maiduguri, the capital city.

It has always been a delight to intellectually engage Professor Zulum – as a colleague and friend. Now, his three years in office as a Governor – arguably one with the most difficult task – made a discussion of leadership and governance issues with him additionally intellectually stimulating and absolutely refreshing. Governor Zulum’s clarity of thoughts on issues of relevance as they relate to the nation’s political economy, and understanding of the full dimensions of the Borno situation, including its post-conflict rebuilding realities, is infectious. Etched on my mind as we interacted was that profound endorsement Professor Umara Zulum got late 2018, from his predecessor, Governor Kashim Shettima. The outgoing governor had insisted that his experience working with many people during his eight year tenure left him in no doubt that Zulum, a Professor of Irrigation Engineering, and not necessarily a politician, was the man for the job! Hear Governor Shettima on his would be successor: “the aspirant with an edge in understanding the peace-development nexus of Borno’s post-conflict future is Professor Babagana Umara Zulum, mni. … he is head and shoulders above me in terms of intellect, capacity and indefatigability. Zulum is without the slightest doubt, a workhorse!”

Governor Zulum’s staff, mostly young and well educated male, are polite, smart, and clinically efficient. You couldn’t miss that! They made the trip to Maiduguri, and in particular, travels around the historic city in those 72 hours, as exciting as they come. The streets are well paved and remarkably clean. The historical sites – the markets, central mosque, palace, etc. – well appointed. There are the several schools that practically lined up the main streets of the city. One of them is named after a mutual friend, Dr Babagana Wakil, mni, who served as Governor Zulum’s first Chief of Staff. He passed on mid-2020; and I had paid tribute to him thus: “Without doubt, the late Wakil was a good man; amiable, humorous and deeply respectful of people and friendship. He was one person in whose presence you always wanted to be, as he had this knack for making anyone who came his way feel very good – by the sheer force of his personality. … Wakil came across as a man of considerable depth, reflecting his extensive education, culminating in a PhD in History. You could always trust him to have an unusual, yet compelling angle to virtually all issues. He was deep, had a versatile mind, and could be very passionate and persuasive. … Wakil told me the riveting story of how God saved him from a vehicle accident on the way to Maiduguri a few weeks earlier, and how the intervention of Professor Zulum was quite impactful in his rescue and subsequent treatment. … He was hardworking, disciplined, and highly responsible. He conducted himself in the most proper way, and was adept at drawing you out, no matter how taciturn you try, or pretend to be. His retentive memory, especially in relation to concepts and idioms in languages and cultures other than his own was compelling. Wakil was such a good man, whose memory, thankfully, would linger for a long time to come.” It is a window to Governor Zulum’s beautiful heart that our mutual friend, whom I had so described, has now been so pleasantly immortalised with the naming of a very big school in central Maiduguri after him!

And so, everywhere you turn in the city of Maiduguri, you are struck by the compelling evidence of a government striving to attend to the issues of concern to the society. As a higher education buff, it is understandable that a critical place of interest to me was the Borno State University, also in the capital city. A trip through the campus of the University was quite revealing and truly exciting. The outlay of infrastructures, quite breadth taking. Not much activity was observed though as students were on some form of holidays.

As always, my engagement with those who angle for the opportunity to hold elective public offices, public office holders, and political leaders everywhere, is driven by the conviction that true lovers of democracy in our country have an obligation to lend support to the more responsible and responsive of these political players, across the aisles. This, for me, is the mould in which Governor Babagana Umara Zulum, mni, is cast. Those who belong in this category are not many – and indeed, their tribe may actually be thinning out; but I am of the firm conviction that in strengthening the hands of such gentlemen and women, lies the basis of hope of a remarkable future for Nigeria. For, the agency of leadership will always be the most critical in what social formations, here and everywhere, turn out to be.

Keep at it, Governor Zulum, mni. You are an inspiration!

Femi Mimiko, mni can be contacted via his Twitter handle @FemiMimiko.