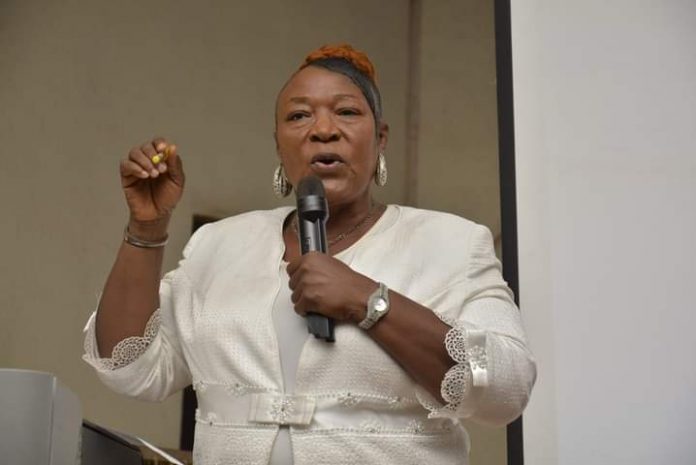 A member of the academic staff of Adeyemi College of Education, Ondo, Dr. (Mrs.) Martina Chinelo Onuegbu says the decision of the Management to organize seminar on entrepreneurship for students, was geared towards making them responsible citizens and job providers after their graduation.

Onuegbu, Director, Gender and Sustainable Development (GSD) in the institution, made the statement at the flag off of a two-day seminar organized for degree students as part of courses offered in General Studies in Gender Education, which held on Wednesday 26 and Thursday 27, January 2022 in the institution.

Speaking on “Changing the mindset of Nigerian youth to embrace entrepreneurial skills for self-reliance amidst gender imbalance”, gender specialist expressed great concern on plight of graduates in Nigeria whom, she said, are daily confronted with problems of unemployment and joblessness.

She added that the development has resulted in increase in social ills and crimes, noting that the youth being the most vulnerable group have been the worst hit as they battle the problems of hunger, poverty and harsh economic situation in the country.

As panacea, the ACE DGSD, Director advised them to take a bold step in their fight against joblessness and poverty by embracing skill acquisition.

Also encouraging Nigerian youth not to despair in the efforts at improving their lots, Onuegbu urged them to make effective use of the talents that God deposited in them by exploring areas of opportunities available in their localities, stating that Nigeria has abundant mineral resources, which they could utilize to earn a living.

Meanwhile, in another paper presented during the seminar, a legal practitioner from the Ondo State Ministry of Justice, Barrister Stella Adegoke advised students of the College to shun criminal activities that could affect their educational pursuits and truncate their future career.

Emphasizing the need for Nigerian youth to exhibit good character at all times, the legal luminary said the step would prevent them from running afoul of the law.

She spoke on fundamental human rights and urged students of the institution to avail themselves of the Nigeria constitution in order to get better understanding of its contents.

The head of Legal Unit, Ondo State Ministry of Justice, however, warned students of the College not to engage in unethical use of the social media so as not to go to jail.

On what Nigerian youth could do if their rights is trampled upon, the legal practitioner said they could approach a court of competent jurisdiction or seek assistance from members of the Nigeria Bar Association (NBA) and the Legal Aid Council in their vicinity.

The seminar, held at the Babatunde Ipaye lecture theatre in the institution, had in attendance staff from the Directorates of Gender and Sustainable Development, Information and Public Relations as well as students of the College from various schools.