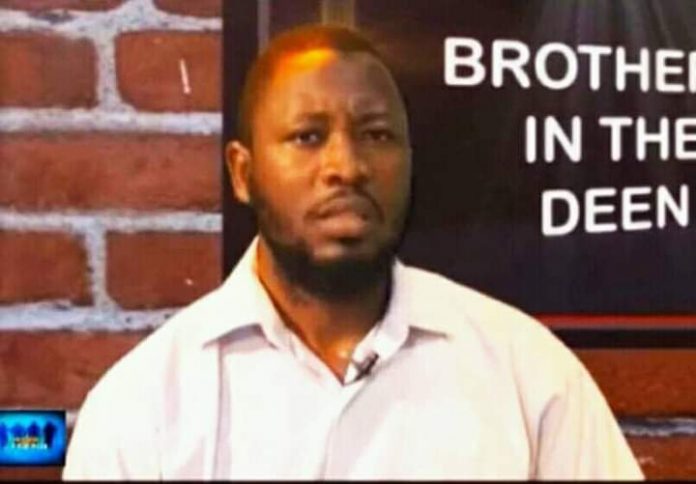 The leadership of the Muslim Students’ Society of Nigeria (MSSN) Oyo State Area Unit has mourned the demise of a man killed by robbers during last week’s robbery operation at Idi-Ape in Ibadan, Oyo State capital.

The man identified as Ustaadh Mubarak Sulaiman Olanrewaju (Abu Nu’mān) was described in a statement signed by the Amir of MSSN, Mr Abdulkabir Al’yakeen as respected and reliable.

He had since been buried in line with Islamic rite. He was buried at Akinyele Maqbara.

“Mallam Mubarak who was in the company of his son in a blue salon car was wickedly killed by unknown gunmen during the robbery of a bullion van which resulted in the death of two police officers, some other civilians, and left several injured.

“We are equally consoled that our brother did not just die as a Muslim but as a martyr who died in Allah’s cause,” the statement read.

The statement however called on the government to review the security apparatus of the state to forestall future occurrences.

“We equally commiserate with the Governor of Oyo State, the Commissioner of police, and the family and friends of those that had lost their lives to yesterday’s unfortunate event.

“Our condolence goes to the family and friends of Mallam Mubarak Sulaiman especially his wife, Sister Mufeedah, his children, his extended family, UI Muslim Community, Prof. Raji, MSSN UI, and all other members of MSSN Oyo State Area Unit.

“This is a grief-stricken event, but we have no choice but to submit to the will of Allah because to Him we belong, and to Him is our eternal return. We also pray Allah to grant those that were injured a quick recovery. Aameen

“Indeed, our brother is gone, and his demise has left many in a state of sorrow, recounting unforgettable memories they shared with him. Our brother lived a meritorious life, he stood for the propagation of Islam, he impacted in the life of many others and he built a bridge serving as a link between the young generations and elder generation of the Muslim Students. Oh Allah! forgive Mubarak Sulaiman and count him among the inmates of paradise,” the statement added.