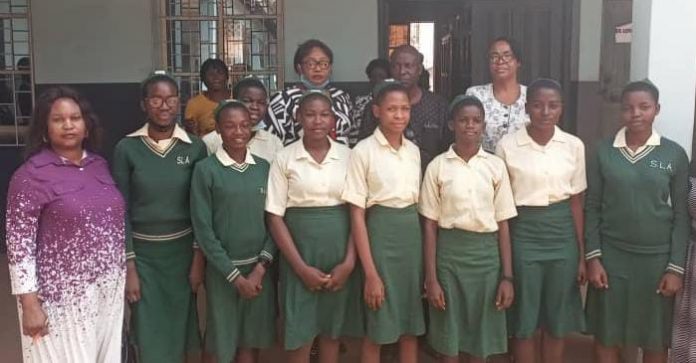 As part of the efforts of the Federal Government to inculcate the virtues of National Ethics and enlist the youths in the anti-corruption vanguard, the National Orientation Agency (NOA) Ondo State, has continued in its establishment of more Integrity club in schools across the State.

Adefolalu urged members of the club to be acquainted with the National Ethics and Core Value which serves as guide for the club. According to her, the values are patriotism, loyalty, dignity of labor, integrity, national unity and social justice.

She explained that members of the Integrity Club will serve as role model for others in eradicating social vices among students such as lateness to school, disrespect for teachers, cultism, stealing and prostitution etc.

She also disclosed that as part of the activities lined up for the integrity club this season of Valentine celebration will feature a maiden edition of Integrity club competition among the schools tied to National Ethics and Integrity with the topic “MY ROLE IN MAKING A NIGERIA OF MY DREAM”.

The competition is aimed at engendering the spirit of patriotism, honesty and working together to achieve a common goal towards nation building.