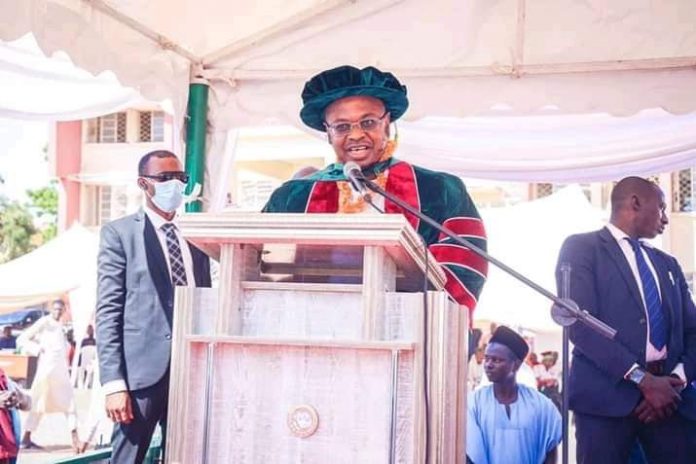 The Vice-Chancellor of the Federal University, Owerri (FUTO), Prof. Nnenna Oti says the university is ready to face ASUU in court over Pantami’s promotion to professorial cadre.

Prof. Oti stated this on Tuesday while reacting to the declaration of ASUU on Monday that Pantami’s Professorial award is illegal.

Also, a management staff who spoke in confidence with newsmen on Monday noted that the union has no right or power to dictate to the school who to promote to the office or the criteria for the promotion.

The staff made it clear that ASUU does not regulate appointments and promotions across Nigerian tertiary institutions.

The source said: “Just like ASUU does not tell the university council and its Senate who to promote, it cannot tell them the criteria for promoting somebody to rank of professor.

“In law, you cannot withdraw what you don’t have. ASUU does not regulate appointments and promotions.

“Some of these things are derived from NUC guidelines, and every university sets up its standard.”

The promotion of the minister of communications and digital economy as a professor had been rejected and described as illegal by ASUU.

ASUU’s position was made known after its National Executive Council (NEC) meeting held in Abuja on Monday, February 14.

The position of ASUU was made public in a press briefing on Monday by its president, Prof. Emmanuel Osodeke.

Osodeke argued that it was wrong for Pantami to be a minister and a lecturer in a university at the same time.

ASUU added that it will sanction its members and the vice-chancellor of the Federal University of Owerri (FUTO) who were involved in Pantami’s promotion.

Osodeke stated: “You cannot be a minister and a lecturer in a university. It is an encouragement of illegality.

“Pantami has to quit as a minister and be tried for doing double jobs within the same federal system. He is not qualified. Pantami should not be treated as a professor,” he said.