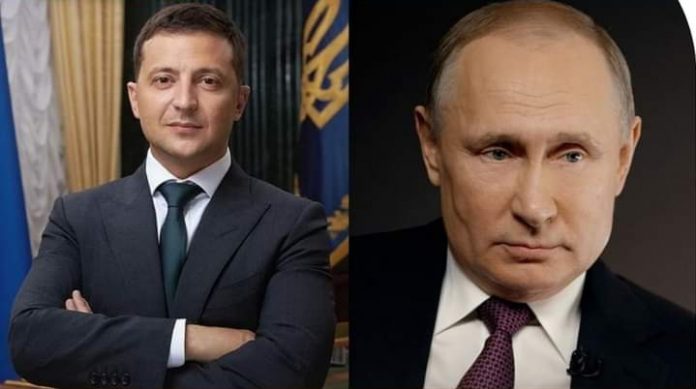 Speaking during an interview on Channels Television’s Politics Today, Onyeama said the Federal Government would act in accordance with the United Nations.

According to him, the Muhammadu Buhari’s administration will comply with UN resolution should sanctions be imposed on Putin’s Russia.

The Minister recalled that when Russian launched the assault last week, the Federal Government condemned the action, recognizing the territorial integrity of Ukraine.

“We made that very clear, we condemned it. First of all, military force is not the solution. We have spoken up abut the territorial integrity that we recognize the integrity of Ukraine,” he said.

“As we speak, in the UN General Assembly, there is a resolution on this whole issue. Nigeria’s position on the resolution is very clear, that we do not condone this military intervention in another country.”

Meanwhile, Ukraine has demanded an immediate Russian ceasefire and troop withdrawal as its delegation arrived in Belarus for talks with Russian negotiators on the fifth day of the Kremlin’s offensive.

Ukraine’s delegation is set to meet Russian representatives for the first talks since Moscow’s invasion, as the fighting for several Ukrainian cities continues and the Russian ruble collapses.

The meeting will take place just across the border in neighbouring Belarus, a key Kremlin ally that has allowed Russian troops passage to attack Ukraine.