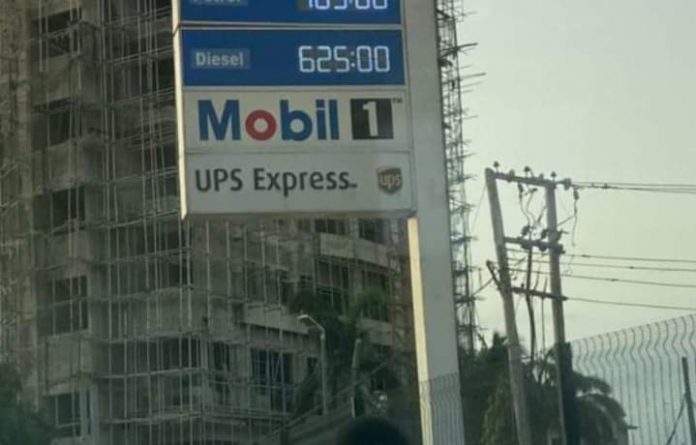 Diesel, automotive gas oil, is now N625 per litre in some fuel stations in Nigeria.

The new price represent a four percent increment as against the N540/litre it sold last week, and about a 30 percent increase in the last two weeks.

The latest price regime has led to fuel stations adjusting their pump prices to current realities.

The development is coming amid fears that the United States and its European allies will ban imports of Russian crude.

On Monday, global oil prices hit their highest level since 2008 at over $130 a barrel before pulling back to trade around $120 a barrel.

Luke Ofojebe, head of research, Vetiva Capital, had told TheCable that the hike in diesel price was due to disruption in the global oil market.

Ofojebe said the reason is that Nigeria still depends on imported petroleum products from other advanced countries — and high oil prices translate to high landing costs for the products.

Since petrol is regulated, its pump price will remain relatively stable but will lead to high subsidy expenses on the part of the government.