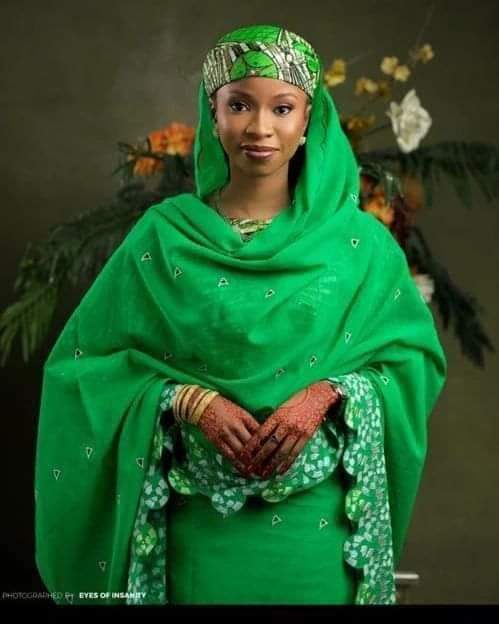 The Oluwo of Iwo, Oba Abdulrosheed Akanbi on Saturday revealed the identity of his new wife.

Oba Akanbi confirmed the identity of Princess Firdauz Abdullahi from the Ado Bayero Dynasty in Kano in a message to The Nation correspondent.

The impending marriage between the monarch and the princess had stirred controversy last month with reports claiming that the royal father solicited the sum of N20 million from the Osun State Government for the wedding.

The letter dated February 8, 2022 and addressed to Governor Oyetola was received on behalf of the governor by the Office of Special Adviser to the Governor on Chieftaincy Affairs.

The letter had read in part: “I have the instruction of His Imperial Majesty, Oba (Dr) Abdulrosheed Adewale Akanbi, the Oluwo of Iwo, to notify you of Oluwo’s decision to marry a princess from Kano Emirate, to be precise, Ado Bayero Dynasty

“I wish to remind your Excellency that this kind of royal wedding within two notable traditional institutions in Nigeria will require huge expenses, which necessitates the support of the state government financially, even logistically.”

The monarch however denied making any such request from the state government, with his spokesperson, Alli Ibrahim, saying that the said letter did not emanate from the palace of the Oluwo, adding that the palace read the letter with total dismay.

“We didn’t author any letter. The letterhead you saw is not the one used by the Oluwo. Moreso, if Baba (Oluwo) will write government, it will carry his signature,” Ibrahim said.

The wedding was fixed for Saturday at the residence of the Madakin Kano, Yola Quarters, Kano while reception, strictly for ladies, was scheduled to hold at the Palace of the Emir of Kano, Alhaji Aminu Ado Bayero.

Oluwo’s marriage to his Jamaican wife, Ms. Chanel Chin, had crashed in December 2019.