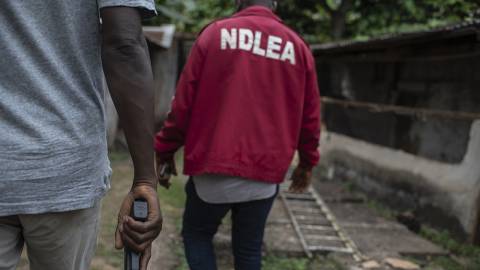 National Drug Law Enforcement Agency (NDLEA) has revealed that a survey indicated that out of 246 million drug abusers in the world, 14.5 million are Nigerians.

The agency in collaboration with Patricklingo Pharmaceuticals called for proactive measures to stem the tide and sensitised Imo youths on the inherent dangers associated with drug and substance abuse.

Speaking during the programme at Akokwa town, Ideato North council area of the state,  the NDLEA commander in the state, Reuben Apeh, described drug abuse as “an evil wind that blows no one any good”.

He commended Patricklingo, a pharmacuetical company, for the partnership and called on other public spirited Nigerians to work in the same direction.

He said; “We have to help the youth understand that no one who indulges in drugs lives a successful life because drugs affect not just the user, but the family and community at large.

“It leads to loss of dignity and focus as well as severe health implications such as memory loss and psychological imbalance. We want youths to say no to drugs.”

Chief executive officer of Patricklingo,  Patrick Onwuelingo, said the partnership with the NDLEA was borne out of performing his company’s  corporate social responsibility, discouraging the consumption of hard drugs such as methamphetamine.

He commended the activities of the NDLEA in the state and called   on youths of the community to avoid drugs and build a society that generations after them would be proud of.