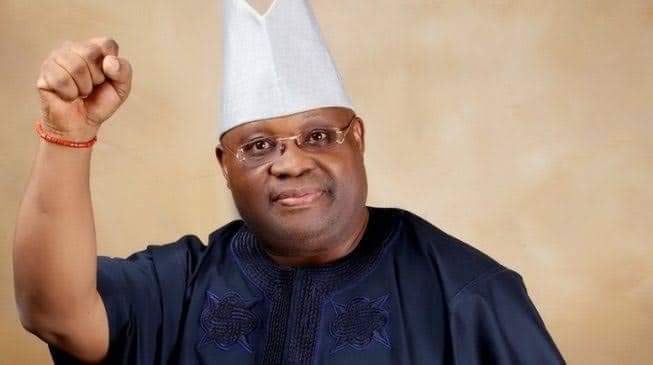 The new political weather in Osun State after the primary elections of the two major political parties show that better days are ahead of Osun State and the people of Osun in general.

With emergence of Senator Nurudeen Ademola Adeleke as the People Democratic Party flagbearer for the 2022 governorship election, dwellers of Osun State which include both the indigenes and non-indigenes, Civil Servants, artisan, traders and students are going to experience a new dawn.

The lost glory, glory eroded with APC gimmicks since their authoritarian government began in year 2010, they changed the name of the state and its glory taken away. They renamed Osun State to be called State of Osun and people started suffering.

We need to be schooled, there used to be employment in Osun State during the rein of People Democratic Party (PDP), regular payment of salary and physical development in the state.

During the rein of Baba Akande, (Alliance for Democracy), many civil servants lost their appointments to his draconian rule, no serious employment and was seriously arrogant in addressing the masses. Ogbeni Aregbesola came also in November 2010 under ACN (Action Congress of Nigeria), his two terms were super terrible as no one could contribute to the growth of the state but only what he felt and no Osun dweller benefitted from contracts but Lagosians.

Aregbesola did not seriously follow the foot steps of Baba Akande, but some Civil Servants lost their jobs too under the guise of fake results. Those sacked and retired were not replaced till his terms came to an end.

To ask, where is Opon Imo gimmicks, aerodrome, Osun helicopter and all scholar buses? Osun people cannot be fooled forever, time has come to open our eyes. Money that was not available to pay salary of civil servants and pensioners but was available for political office holders to spend. This time will never come back again in Osun state.

In year 2018, Governor Isiaka Oyetola hijacked the power through inconclusive election. Since he was in office for good three years plus, he had nothing serious doing, no tangible physical developmental work until primary election drew near. The question is where did he see the money used in developing the state when primary election drew near as he and his party are fund of claiming no money? People of Osun state should be expecting the worst if he should win the second term. He will have to repay all the loans he had collected and salary will be seriously affected.

People of Osun, your lost glory is gradually coming back to you, only if you are ready to cast your vote for People Democratic Party in the coming 2022 governorship election. We have tried the second wife (APC) and have known the difference, twelve years of their try and error both at the state and nation, they have turned our youths to ritualists(yahoo) because of the scarcity of job, parents suffering to finance their schooling and afterwards left to roam about the streets and used as political thugs. APC government is not ready to provide jobs for the youths, only themselves they know.

Time of saying government cannot provide job for the youths has gone and will never return to Osun State as PDP win 2022 governorship election. Minority embezzling funds which normally should go round the people in the state or nation, this time is gradually expiring in Osun State and in Nigeria.

Better days can only come if we can all think in the same way and stop listening to their campaign of bitterness against Senator Nurudeen Ademola Adeleke and cast our votes for him on 16th July, 2022. Osun State shall be greater again.

Peter Awofadeju, PhD, is a chieftain of the PDP in Osun state. Contact via awofadejuolayinka@yahoo.com