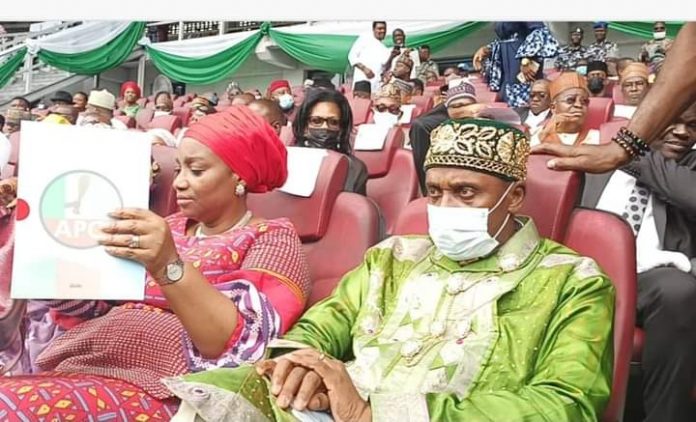 Amaechi, declared his interest at the Amiesimaka Stadium, Port Harcourt, during the Rivers APC Thanksgiving service.

He said, “I stand before you today to declare my intention and submit my application to serve as your next President.”

Amaechi has been in government since 1999, serving two terms as Speaker of the Rivers State House of Assembly (1999-2007), two terms as Governor of Rivers (2007-2015). He is one of the few ministers President Muhammadu Buhari reappointed in 2019.

Arguably one of the most influential ministers, Amaechi served twice as the head of Buhari’s campaign in 2015 and 2019.

Amaechi is the first member of Buhari’s cabinet to declare his ambition.

In an interview with Daily Trust last year, Ameachi had denied nursing the ambition to succeed Buhari.

He added that he had the plan to “do a PhD programme. I have a master’s degree and I am doing a Law programme at the Baze University, so when I wake up I will do my PhD to teach in a university.”