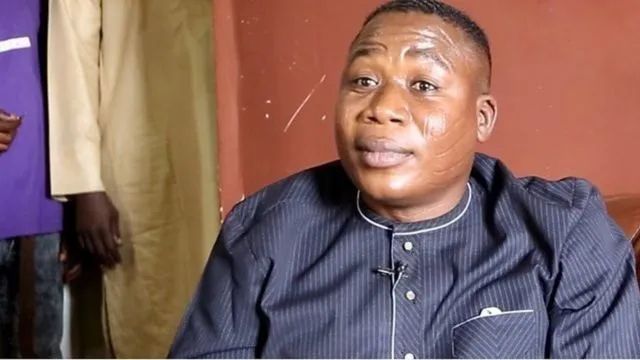 Igboho had in July 2021 fled Nigeria after the DSS raided his home in Ibadan, Oyo State, killing couple of occupants.

He was later arrested in Benin Republic by the country’s security operatives while trying to flee to Germany.

Igboho who was released last month, on Friday, met with members of his legal team in Cotonou, Benin Republic. The leader of the Ilana Omo Yoruba, Prof. Banji Akintoye was part of the team that met Igboho.

He had been given a conditional release from prison in Benin Republic eight months after he was detained there.

“There is no security; there is nothing in Nigeria. And when you want to speak against all these, they would try to kill you. What was my offence? Do I deserve to be killed?” Igboho, speaking in Yoruba language, asked rhetorically.

“When I was arrested, many people did not understand. Truly, Nigeria used all her power. Nigeria requested for me to be handed over to them by the Benin Government. So President Talon said he wants to investigate me. So he said if it is about politics and human rights, it is against the law for them to hand me over to the Nigerian government. That is why all Yoruba people should thank President Talon on my behalf,” Igboho stated in a trending video online.