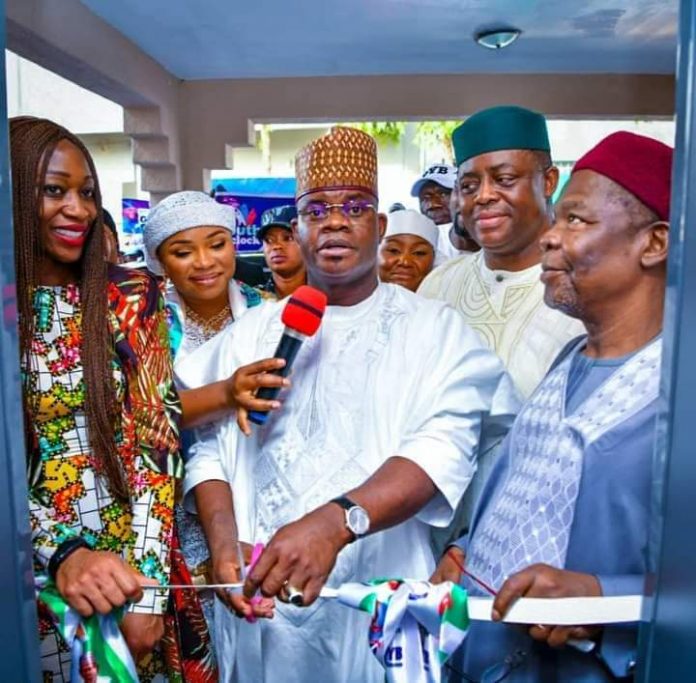 Yahaya Bello, Kogi State Governor on Saturday formally announced his intention to run for President in 2023.

Bello made the declaration at the Eagles Square in Abuja.

He was accompanied by members of his campaign council led by its Chairman and ex Lawmaker, Senator Jonathan Zwingina; ex Aviation Minister, Femi Fani-Kayode; and MKO’s daughter, Hafsat Abiola-Costello.

Abiola-Costello, was named the Director-General of the Yahaya Bello presidential campaign.

The declaration ceremony was also attended by Deputy Speaker of the House of Representatives, Idris Wase and Kogi State Deputy governor, Edward Onoja.

The Kogi State Governor promised to build on the legacy of President Muhammadu Buhari by creating 20 million Nigerian millionaires in the country by 2030.

“According to a BBC report of February 13, 2012 over 100 million Nigerians live in extreme poverty during the People’s Democratic Party (PDP) era,” the Governor said.

“In 2018, with APC in the saddle that figure has dropped to about 87m people yet Nigeria overtook India as the poverty capital of the world. Just this month, Nigeria through the effort of the President relinquished the title back to India and brought down the figure to about 70m people.

“It is therefore clear that our path to national prosperity lies in pulling millions of Nigeria out of poverty.

“The Buhari administration has a target of lifting 100 million Nigerians out of poverty by the year 2030. A Yahaya Bello presidency will have an additional target of creating 20 million naira millionaires by the same year 2030 with the aim that each of them will empower five other citizens.”