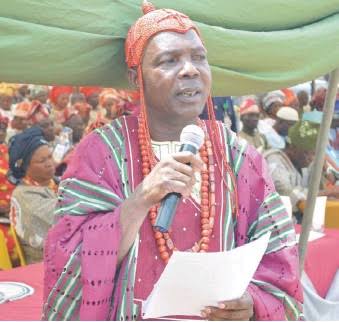 A frontline monarch in Akoko southwest local government has joined his ancestors.

He is the Olisupare of Supare Akoko, Oba Alhaji Kasali Adejoro Adedeji.

The late Oba had been indisposed for sometimes as many didn’t see him in public functions.

A relation of Oba Adedeji, Mr Sanusi Adelana described his reign as very progressive to the entire community as many sons and daughters of the town were very successful.

The Olubaka of Oka and the the chairman of Akoko northwest local government, Oba Yusuf Adebori Adeleye described his exit as very painful because of his brilliant debates and contributions at meetings both at local government and at the state level.

The Olubaka commiserated with the entire Supare Akoko community over the death of the Oba.

In a janazat service for the late monarch the chief Imam of Supare Akoko and the Secretary to Ondo state League of Imams and Alfas, Sheik Abdulrasheed Akerele described Oba Adedeji as a practising Muslim who is always punctual at all Islamic programmes.

He described him as a patron to many Islamic bodies and performed holy pilgrimage to Mecca and Medina.

Meanwhile the entire Supare community is in pensive mood as people are discussing the exit of the Oba and other traditional steps to be taken.