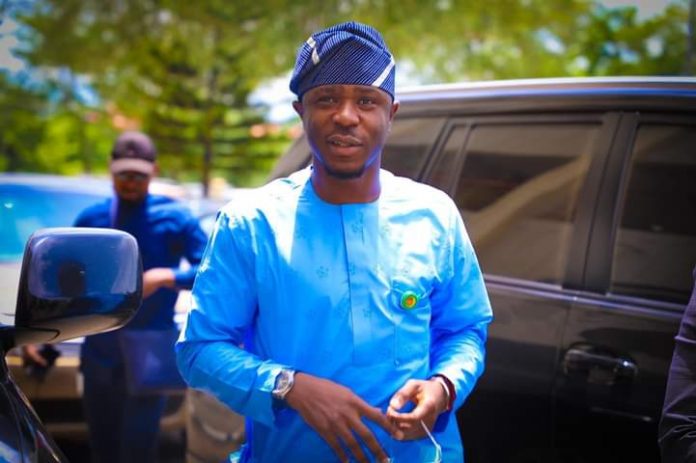 Leaders of the All Progressives Congress (APC) in Ifedore Local Government Area of Ondo State have declared re-election support for the incumbent legislator representing the constituency, Hon. Tajudeen Adefisoye (Small Alhaji) ahead of the 2023 House of Representatives election primaries.

The support was made known on Saturday at Igbara-Oke in Ifedore Local Government during the official re-election declaration by Hon. Tajudeen Adefisoye. The federal legislator was welcomed by a large number of party members, his loyalists and supporters.

Speaking during the official declaration, Ifedore APC Local Government Chairman, Hon. Tunde Fawoyi popularly known as Ege said that Small Alhaji had convinced every member of APC in Ifedore through his unprecedented performance and achievements that he indeed deserves another term of office.

Fawoyi said, “We have never seen a federal lawmaker like Small Alhaji in our federal constituency before. He has carried everyone along since he got elected to represent us. We won’t all be here today if he has not performed very well. He was the one that paid for and furnished this our secretariat. He has also carried out a lot of developmental projects in our local government.

“Despite the fact that Small Alhaji got elected on the platform of a different political party, he has brought dividend of democracy to APC members in Ifedore. He has given cars and motorcycles to people that never thought they could own cars and motorcycles. He also came to my community in Ipogun and took over the construction of our police station.

“Small Alhaji has been able to strike a good balance in attracting equal developmental projects to Idanre and Ifedore. What else are we looking for again when we all know that this man has performed very very well. Small Alhaji deserve another term and we will give him our total support”.

While responding to the support declared for him, Tajudeen Adefisoye thanked the people of Ifedore for coming out in their large number to declare re-election support for him. He promised to redouble his efforts and also offered to deliver more democratic dividends to the people of Ifedore.

“I honestly appreciate the re-election support declared for me today. I assure you that this support will not be taken for granted. I plan to deliver more dividends of democracy to Ifedore APC members and by the grace of God I will organize another empowerment programme before the general election.

“You will agree with me that Ifedore had served in the House of Representatives for 16 years since 1999 while Idanre has only served in the same position for less than 7 years. I want to appeal to you all for the sake of equity, to please allow Idanre to offer another four years quality representation”,said Adefisoye.

All APC stalwarts and party members present at the occasion assured Adefisoye of their total support during the forthcoming party primaries and also the general election.