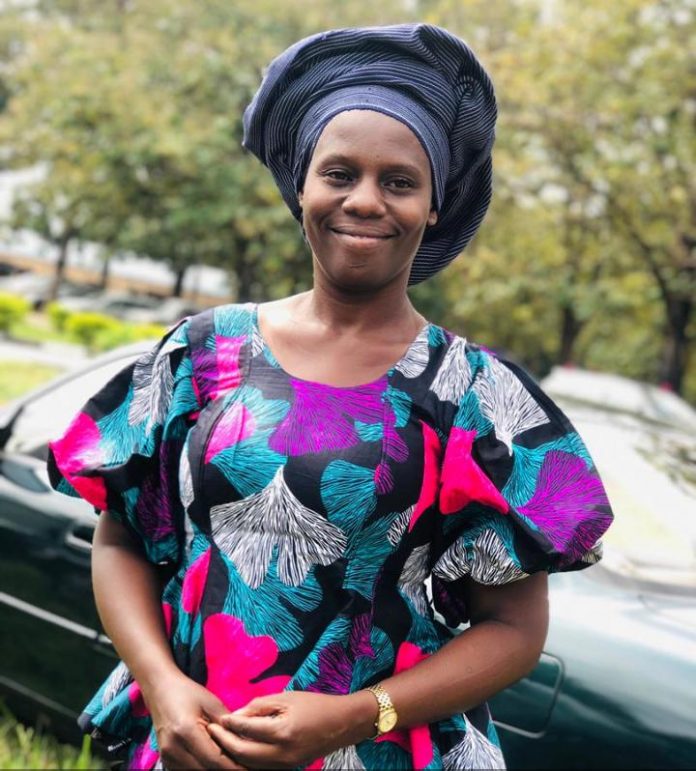 … Colleagues, students extol her contributions to the Department’s successes

The former Head of Department of Mass Communication, Rufus Giwa Polytechnic, Owo, Mrs Iyadunni Florence Adedowole has been described as an enigma worthy to be proud of anywhere.

Adedowole on Monday bowed out as the Head after being in the saddle for about a decade.

She is succeeded by Mr Solomon Okioya, who is also a foundation staff of the Department.

Speaking on Adedowole’s tenure, a lecturer in the Department, Mr Sunday Afolayan described her as a force that nobody can shove aside anyhow.

“All glory to God for the successes she recorded during her tenure, we are very proud of her and she remains an enigma with an inspiration.

“She actually made the Department proud. Providence will always highlight her place in history.”

Afolayan while appreciating God on her behalf that no candle procession was organised for her, said this is enough to thanked God for.

“No laying-in-state, No graveside speeches. No elegy. No threnody. No wreath of honour, it is worthy of Praise,” he said.

He however wished her greater height and more wins in good health and prosperity.

Also speaking, Adedowole predecessor, Dr Rahman Abubakri described her as someone who has displayed brilliance, intelligence, students right activism and administrative acumen during her tenure, adding that the grace of God has supported her superlatively.

In her reactions, Adedowole said It was indeed a great honour to witness the bowing out as the Head of department, Mass Communication

“Adedowole lyadunni came into the world to do so many things; HOD Mass Communication is just one of those things and the time has finally come to move ahead to the next line of action and next level of things.

“As I take a bow today, l remain highly indebted to the Lord Jesus Christ and faithful friends like you whom God has blessed me with.

She appreciated the entire Members of Staff at the Department for their support through out her tenure.

“l say a big thank you to you all for being there for me at all times. The very best remains your portion in Jesus name,” she prayed.

Adedowole however thanked the entire Management of the Polytechnic Community under the leadership of Mr Gani Ogundahunsi for believing in her.

Meanwhile, some of her students can’t hide their feelings as they expressed themselves, saying little things about Princess Florence Iyadunni Adedowole popularly known as Mama Awon Mama. Below are the excerpts:

Princess Adedowole is a good person, she is a woman of understanding, beded in good character and God fearing, Let me come in term of mother shed, she is a mother to all nation, she is caring, loving and kind,

“She is a leader by excellent and also she is one of the kind person in the whole world, the mass communication department will miss her so much but one thing I know is she reign forever in the heart of the seed she has planted

“When I got the wind that you relinquished the exalted seat, I was utterly livid and pertubed as to what will be the hope of the greenhorns who will be trickling into our revered Department.

“Undoubtedly, beneficiaries of your sheer magnanimity would surely miss your capacious heart filled with the milk of human kindness towards indigent students.

“An unprecedented but faultless career spanning a decade, is highly commendable even if it wasn’t a child’s play.

“To be honestly honest, without been sarcastic, with no intention to offend the sensibility of others, you are not a mealy mouthed fellow who would sacrifice morality and ideals on the alter of timidity and manipulation.

“As an unrepentant loyalist, I wish you the best ma, as you take a bow

“Mrs Adedowole is indeed a Mother, she’s an angel, a woman of many parts. She doesn’t joke with her students or lecturers, she’s humble, generous and straightforward, she doesn’t discriminates, and will never look down on anyone, she treats even the least person with respect.

“Mrs Adedowole is someone who has imparted people with her kindness, love and intelligence, Personally, I witnessed God’s grace through her while I was her student, I and my roommate Ado Adeboye Philip success story while studying at Rufus Giwa Polytechnic Owo, is incomplete without attributing to her with the help of God.