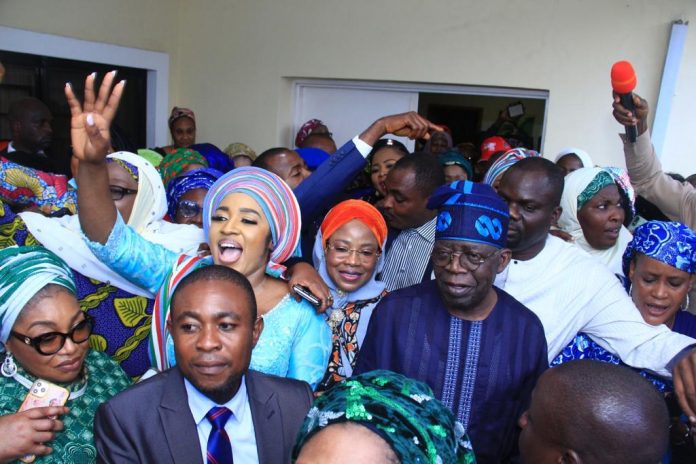 The APC women wing became electrified in Abuja on Wednesday as women gathered from all over the country to meet with the party’s Presidential Candidate, Bola Ahned Tinubu after the unveiling his VP candidate, Senator Kashim Shettima.

The National women leader of the party, Dr. Betta Edu, who spoke on behalf of the women, noted that women across the 36 States of the Federation are being massively mobilised to ensure the success of the APC in the forthcoming 2023 presidential election.

She noted that a structure has been set up to take the message from door to door until everyone is reached and convinced to vote for a candidate who has an unbeatable track record of performance and women mainstreaming.

Edu reiterated the readiness and commitment of women to the emergence of Asiwaju Bola Ahmed Tinubu as the president of the country.

She also assured the presidential flag bearer of mobilising women to deliver more than forty million votes for the APC in the 2023 presidential election.

In his response, Asiwaju Bola Ahmed Tinubu appreciated APC Women for the visit and extolled the virtues and leadership qualities of the national woman leader, Dr Betta Edu, especially her dedication and commitment to the success of the party.

He expressed joy at the love and commitment of the women to deliver the victory for the party, noting that success is assured with the full backing he is receiving from the women across the nation.