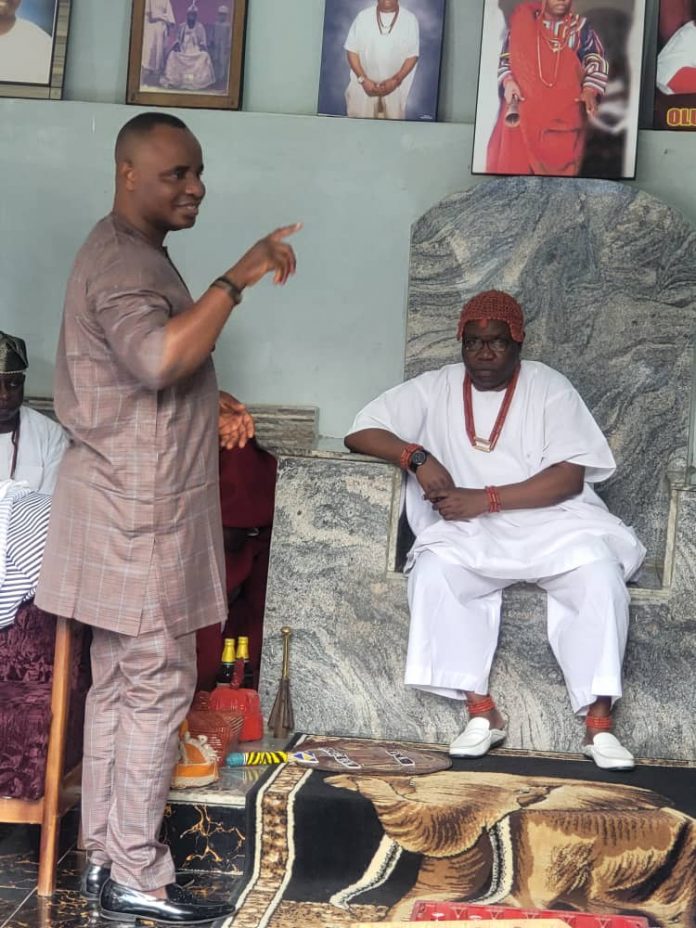 It was a day of joy yesterday at Upenmen during the “Odun Ijeshu,” yam festival as Olupenmen blessed the yam brought to the palace. The significance is that Upenmen people can now go ahead to eat yam, and it was an eventful as Olupenmen, Oba Oba Ebenezer Adewumi Ogunmolasuyi prayed earnestly for prosperity. The yam festival has always been a significant point of history in Upenmen. It signifies unity and a time for togetherness. Indeed, prosperous time awaits the land.

The Yam Festival was graced with the presence of the ODHA Majority Leader, Hon. Oluwole Emmanuel Ogunmolasuyi, who highlighted the importance of the festival. Honourable Ogunmolasuyi narrated what it feels to be part of indigenous culture and how Yam Festival holds much relevance to the people’s culture. According to the Majority Leader, “I am here to felicitate with Upenmen people because I know what yam festival means for them. It is even more gracious because the Olupenmen has been a phenomenon, father to all, and always been my number one advisor. May God continue to strengthen the King and his high chiefs to do more.”

In line with the visit, the Olupenmen gave royal blessings to the Majority Leader and prayed for his success in the coming 2023 election as he aspires for a second term. The King stated that his excellent work will speak for him, especially when personality is now an important tool for winning the Nigeria elections. Honourable Ogunmolasuyi was accompanied to the palace by the APC ward 9 chairman in Owo local government, Hon. Agbaje Fatai, Otunba Olanitori, Assistant youth leader of APC in Owo local government, Hon Londoner, and others.