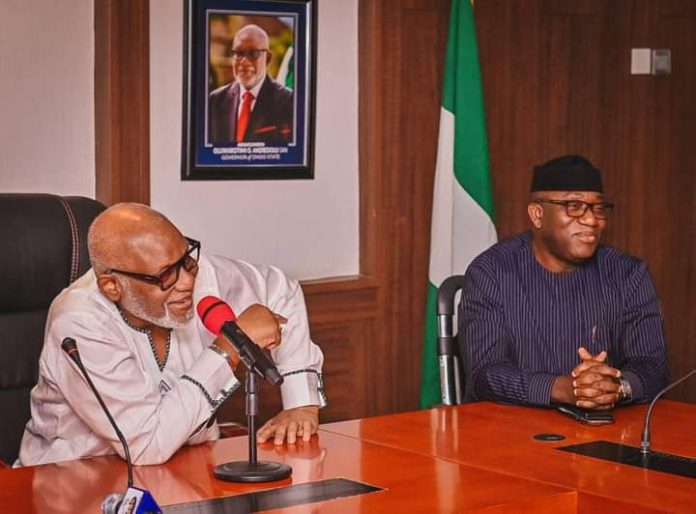 Governor of Ondo State, Oluwarotimi Akeredolu has ordered the immediate dismissal of workers in the State who are intentionally receiving double salaries from the state payroll.

The Governor stated this when he received the report of the committee on verification, scrutinization and clean up of state payroll, salaries and pension headed by a retired permanent secretary, Mr Victor Anjorin in his office.

Meanwhile, The Nigeria Labour Congress, NLC, has revealed that Ondo State government has promised to pay workers outstanding salaries before the year runs out.

This is just as the Nigerian Civil Service Union, NCSU commended the Ondo State Government for the payment of workers two month salary arrears in the state recently, even as the Ondo council of NCSU gets new Executive Council Members.

The NLC state leadership appealed to workers in the state to patient with Governor Oluwarotimi Akeredolu, assuring that the outstanding arrears would be paid before the end of this year.

The State Chairman of NLC and National President of the Union, Comrade Sunday Adeleye-Oluwole, disclosed this on Wednesday in Akure while speaking at the 7th Quadrennial State Delegates Conference of the NSCU, where Comrade Ademola Olapade was reelected as the Ondo State Chairman of the Union.

Adeleye said that Governor Akeredolu had earlier hinted on January 4 that the arrears would be cleared.

He added that the Governor also reiterated his promise two months earlier before the commencement of the payment last week.

While describing the Governor as someone that never broke his promises, Adeleye appealed to the workers in the state to be patient with the state government.