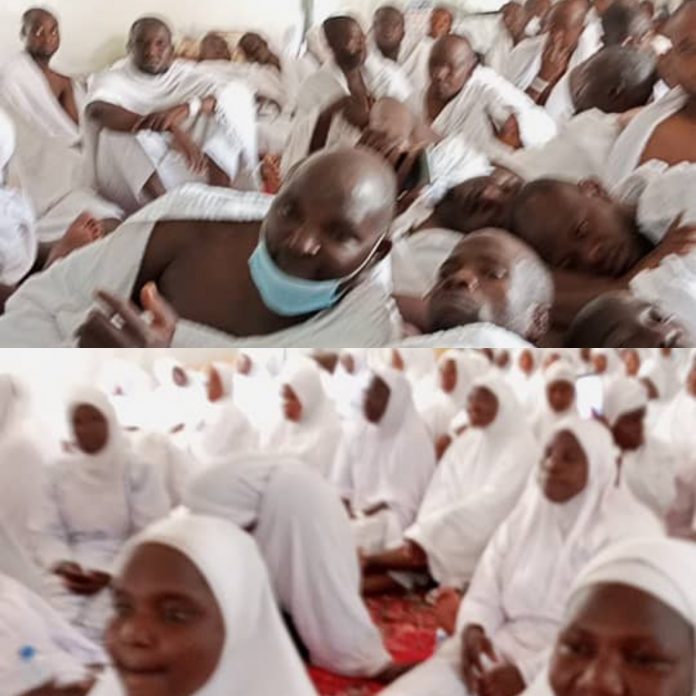 The Òndó State Pilgrims have organized special prayers for the Governor of Ondo State, Arákùnrin Oluwarotimi Akeredolu, as part of the concluding part of this year’s hajj rites.

The Chairman Muslim Welfare Board, Alhaji Adams Chandy during the prayer session enjoined the pilgrims to intensify prayers for Akeredolu, for the love he has demonstrated for the Muslim faithfuls in the state.

Chandy said, “since the creation of Ondo State 40 years ago, We have not find it so good like this before. Apart from the befitting standard central mosque in the governments house which government had jettisoned, the governor has done it and he had done so much in some other areas for Muslims which all us can testify, hence the to pray for him.”

The faithfuls prayed Almighty Allah to give Akeredolu long life in good health and Allah’s protection over his family and the entire good people of the state.

In a short sermon during the prayers, a seasoned Islamic Scholar and founder Attanzil Islamic Foundation, Ondo, Sheikh Abdulrofiu Ajiboye Lagbaji described Akeredolu as an exemplary leader that love his people.

“AJIBOYE said the love the governor have for this country Nigeria, most importantly the people of Ondo State is massive.
Lagbaji cautioned Nigerians to stop cursing the country and her leaders, that that can only do more harm than good.

“We must pray for them(our leaders) for guidance. These curses and negative statements coming from our countrymen are too much. I have related with many Arab countrymen and I know how they react to their governments even when they are not living up to expectations.”

” Let’s join hands with the government of Ondo under the leadership of Akeredolu with information to solve this problem of insecurity.”

Lagbaji said “when we notice anything strange in our communities, we should immediately stand up against it and and reach out to the authorities.”

“we must also check our individual families to ensure we are producing responsible members of the society. The religious leaders both Christians and Muslims has their responsibilities too, to fight against terrorism and banditry.

Meanwhile, a top official of National Hajji Commission who spoke to newsmen on the condition of anonymity, said Ondo State Pilgrims would be airlifted to Nigeria on 26th of July.

His words “all things been equal Ondo State Pilgrims would be airlifted to Nigeria enroute Ilorin International Airport on the 26th of July 2022. Therefore, go go and prepare.”