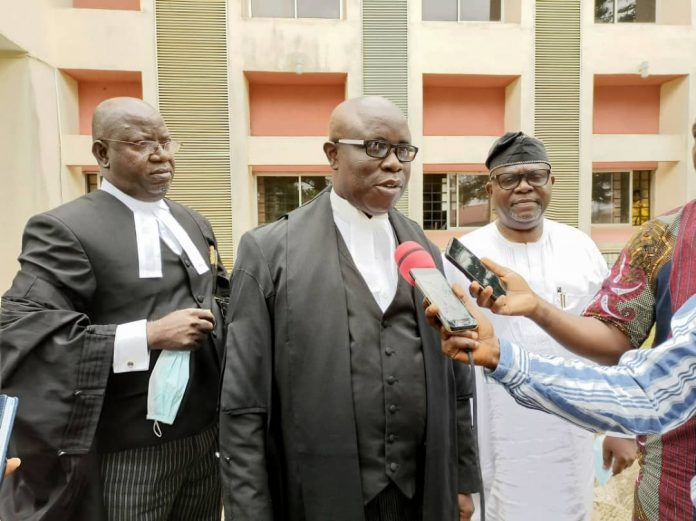 A House of Representative aspirant in Akoko South East/South West Federal Constituency, Dr. Victor Ategbole has approached the court to seek a cancellation of the All Progressives Congress (APC) primary election held in Akure, the state capital city, describing it as a “kangaroo election”.

Ategbole, whose case was mentioned for the first time at the Akure federal high court on Thursday said the primary election was conducted in violation of the provisions of the Party’s Constitution, Electoral Act and the Nigeria Constitution.

He also said he is not aware of the Party’s reconciliation committee earlier Inaugurated by the state Chairman.

“The plea is for the primary to be reconducted in our Federal Constituency. I am not aware of any committee being set up by the party to settle grievances and if there will be an internal resolution, it will be left to my counsel.”

While addressing journalists, the counsel to Ategbole, Dr. Remi Olatubora, SAN said an order for substituted service has been obtained to ensure that the first defendant in the case, Gboyega Adefarati is served.

“We are in the court today to apply for an order for substituted service to ensure that the first defendant in this case, Gboyega Adefarati is served personally.

“The application is done so that there will be no complaint that an individual was shut out of the hearing of this case because every individual has the right to fair hearing, and fair hearing starts by getting the process by which an action is commenced across to the party who has been sued.

“Today, we got the order for substituted service on Adegboyega Adefarati, the first defendant in this matter and we are to serve the process in APC secretariat. The authority of this Court will do that and we will come back here, according to the Judge for the trial of this matter straight away.” He concluded.

The trial judge, justice Demi Ajayi, after listening to the arguments of counsel, Adjourned the case to the 5th and 6th of October for further hearings.