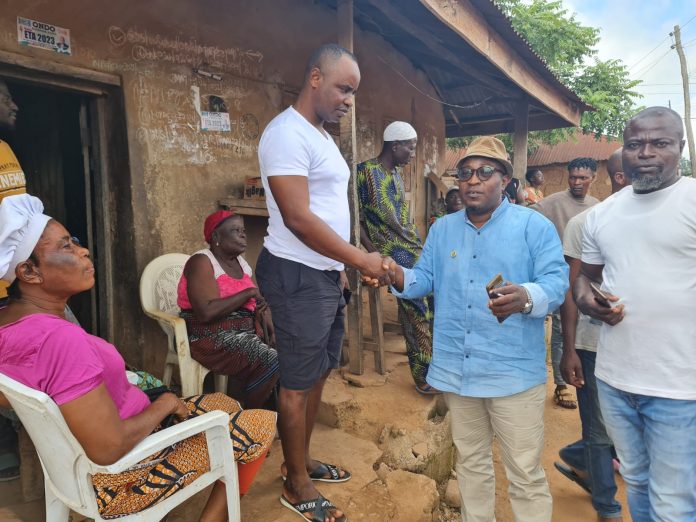 …Promises support for completion of project in due time.

The Ondo State House of Assembly Majority Leader, Hon Oluwole Ogunmolasuyi at the weekend visited Isuada to ensure his promises were not built on mere words but on action and fulfillment.

He inspected the following ongoing projects:

Ogunmolasuyi who had promised donation to the residents was also at Isuada to ensure firsthand delivery.

Honourable Ogunmolasuyi also known as West, promised to construct modern altar ceiling of Anglican cathedral church, Isuada. He said, plans are underway to ensure his constituents benefit from the dividend of democracy.

Previously, the Majority Leader had donated 1000 building blocks towards Asuada’s modern palace construction. He followed up with the delivery of 1 tonnes of cement. The majority leader further assured the people that he is open to further assistance in the nearest future.

Ogunmolasuyi was further overwhelmed as the people assured him of massive support come 2023 because he has never been far away. He was urged to continue the excellent work and that 2023 will be a sound of victory when the time comes.

More pictures from his outing: