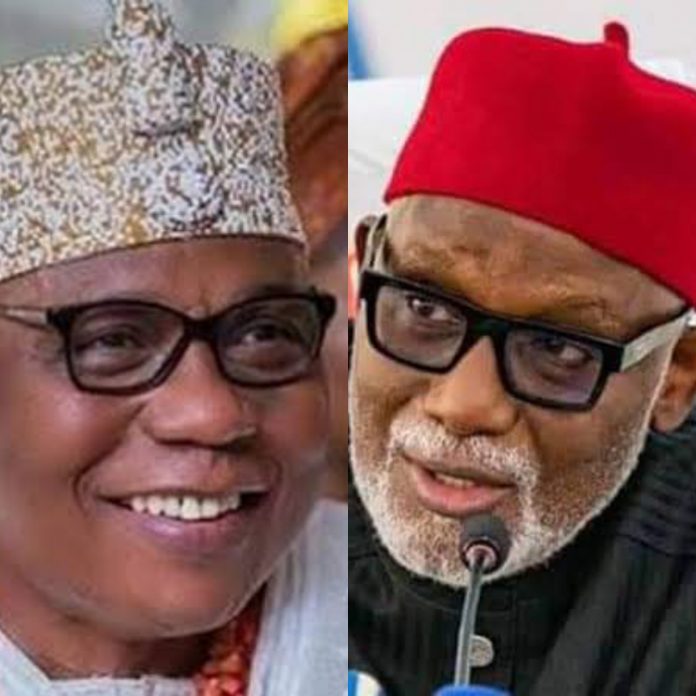 Ondo State Governor, Arakunrin Oluwarotimi Akeredolu, SAN, has said that the closure of some selected markets in observance of the Amole Festival in Akure, the State capital, holding on Wednesday, September 7, 2022 is in total agreement with the Government’s directive.

The Governor noted that the official statement from the palace of the Deji of Akure is in accordance with the recent directive by the State Government which mandated that there shall be no closure of market in any part of the State for the purpose of festivals without the approval of the Governor.

Governor Akeredolu said the official statement from the Deji’s Palace quoted below was clear as to markets affected by the closure:

“In view of this, ONLY the listed markets which includes; Oja Oba – Erekesan main Market, Odopetu, Umesi and Ijemikin markets shall be closed in observance of the Amole Festival

Consequently, the Governor has directed ALL security agencies in the state to ensure sufficient patrol to prevent hoodlum from disrupting lawful activities of the people.

Governor Akeredolu urged those in the affected markets to adhere strictly to the official statement from the Deji’s palace and respect the culture and tradition of the land.

He also enjoined other members of the public who are not affected to go about their normal businesses and activities without fear.