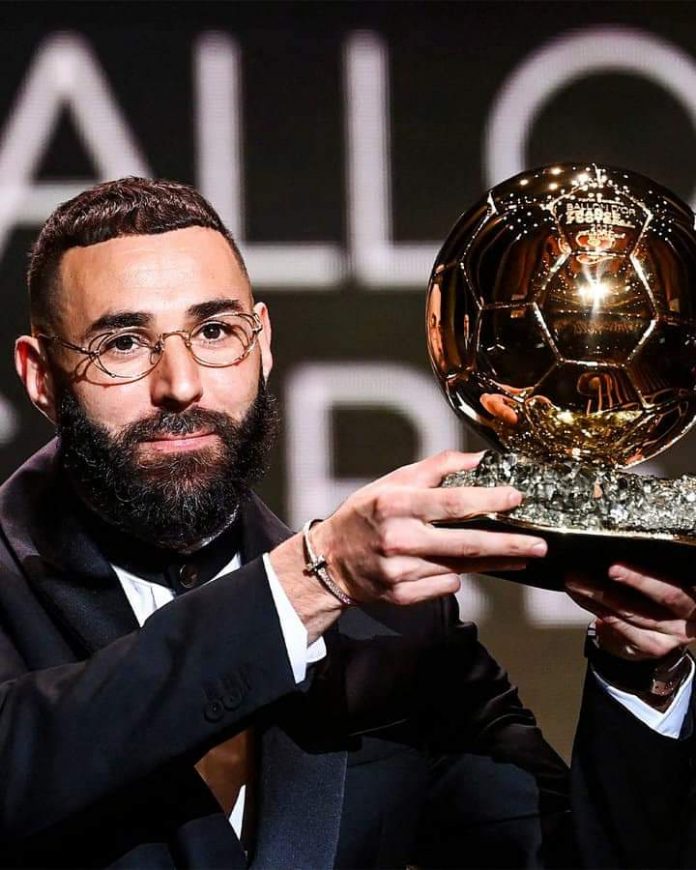 Karim Benzema has been ruled out of the 2022 World Cup in Qatar after he sustained a thigh injury in training.

The French striker won the 2022 Ballon d’Or, given to the player of the year in world football, after helping Real Madrid win the Champions League and La Liga.

The French national team said he had suffered a thigh problem and would not be able to feature in tournament.

“The whole team shares Karim’s sadness and wishes him a speedy recovery,” it added.

The French Football Federation said an MRI scan confirmed a thigh muscle injury “which will require a three-week recovery period”.

France are in Group D and play Australia on 22 November, Denmark on 26 November and Tunisia on 30 November.

Head coach Didier Deschamps has until Monday to name a replacement and the injury to 34-year-old Benzema, who has scored 37 times in 97 matches for France, is another blow for the World Cup holders.

They are already without midfielders Paul Pogba and N’Golo Kante because of injury while Manchester United defender Raphael Varane is trying to be fit to play having missed his past five club matches.

On Wednesday, RB Leipzig forward Christopher Nkunku was ruled out of the tournament after he limped out of training, with Eintracht Frankfurt’s Randal Kolo Muani called up as a replacement.

Manchester United forward Anthony Martial is one of the potential options who could come in for Benzema, who had been struggling with a thigh problem since October.

The Real Madrid man had played less than half an hour in his club’s past six games.

He underwent medical tests after leaving training injured on Saturday – it was the first time he had taken part in full training session since the World Cup squad came together last week.

“I am extremely sad for Karim who made this World Cup a major goal,” Deschamps said.

“Despite this new setback, I have full confidence in my group. We will do everything to meet the immense challenge that awaits us.” (BBC)