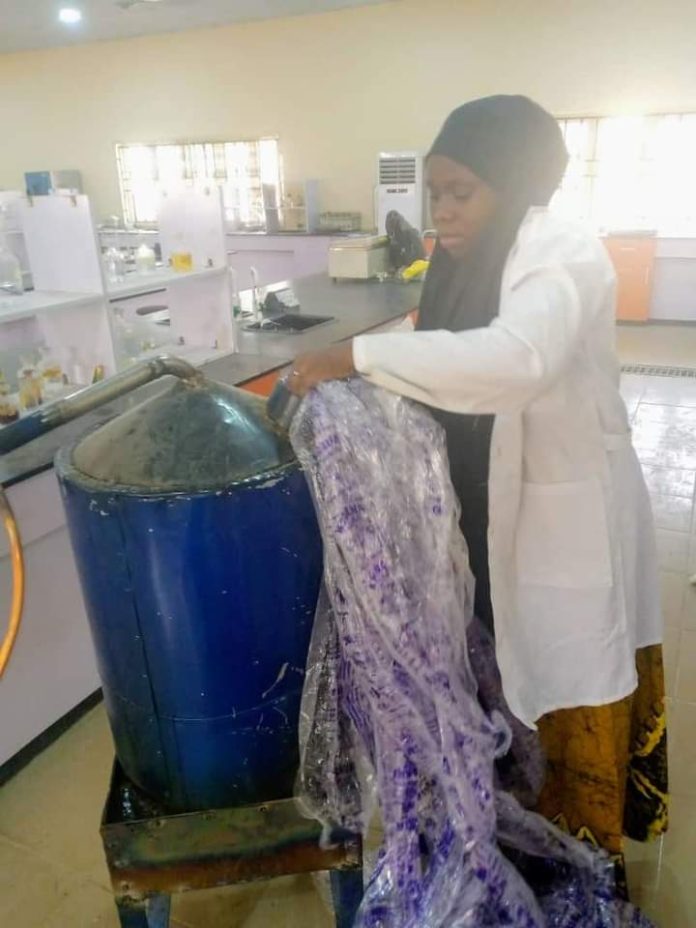 Zainab Bilyamin, a final year student of the Department of Chemistry Federal University Dutse has converted sachet water waste to hybrid fuel (kerosene and diesel) as her final year project.

According to FUD Newsletter, the final result shows that the hybrid fuel produced from the pure water waste products has similar properties as normal kerosene and diesel as it was used to light up a kerosene lamp and power a pumping machine successfully.

The FUD Newsletter also learnt that fuel can be use to power a generator to produce electricity.

Ms Bilyamin said she was motivated to carryout the research after reading about possibility of converting polymeric waste into fuel because in Nigeria polymeric waste keep piling up the street without recycling, which poses environmental hazard whereas this waste can be converted to wealth.

In the course of the research, Mr Dauda said they had to design and fabricate a machine (reactor) at the Kano Technology Incubation Centre which was used for the pyrolysis — the method used to convert the polymeric waste into fuel..

Ms Bilyamin, who hails from Jigawa State, said she would pursue a career in academia as she want to carry the research further in her Masters and PhD program.

Ms Bilyamin and her supervisor therefore called on the government to invest in this area of research as it will ease the blockage caused by polymeric waste and at the same time serve as a source of revenue to the government and also means of reducing youth restiveness.