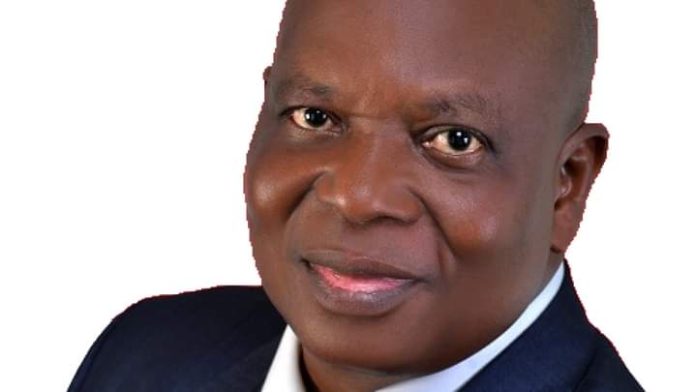 It is a day set aside by the resolution of the United Nations General Assembly on December 8th 2018 in celebration of role of education in bringing global peace and sustainable development.

All over the world Education has been seen as the most important weapon to right, illiteracy, ignorace, tribalism, nepotism, corruption and all other sociopolitical ills too numerous to mention.

Speaking on the significance of the day the Executive Chairman of Ondo State Universal Basic Education Board Akure Rt Hon Victor Olabimtan described education as the bedrock of all civilization and development.

According to him without sound education, there cannot be semblance of peaceful co-existence, meaningful sociopolitical education, growth and development of human race.

In Press Release to commemorate the day, Hon Olabimtan drew a parallel line between illiteracy and literacy and said the major difference between the two words is ability to apply logical reasoning in whatever enterprise one engages in.

While describing education as a right, a public good and a public responsibility Ondo SUBEB boss who was a School Principal before he venture into politcs said because of the premium the current Government under the leadership of AArakunrin Oluwarotimi Akeredolu SAN, CON placed on education, it prioritize development in the sector by investing Public funds especially in the basic education.

“As at end of last year 1200 Teachers were recruited to fill existing critical vacancies in Public Primary Schools talkkess of construction, reconstruction, renovation of School Buildings, provisions of furniture for Teachers and Pupils as well Bole-holes and other necessities to make Teaching and learning more friendlly”

According to UNESCO without inclusive and equitable quality education and lifelong opportunities for all, countries will not succeed in achieving gender equality and breaking the cycle of poverty that is leaving millions of children, youth and adults behind.

Today, 244 million children and youth are out of school, and 771 million adults are illiterate. Their right to education is being violated and it is unacceptable. It’s time to transform education.

According to Olabimtan this is why the Government of Arakunrin Oluwarotimi Akeredolu SAN, CON on coming to office in 2015, despite, depleting State resources paid all outstanding Counterpact Funds of Universal Basic Education Commission, UBEC which has enable the State to re-engineered the Basic Education Sector making it one of the best in the Country in terms of Pupils enrolment, thus reducing out of School’s Children and performance in both internal and external examinations

As the world celebrates international Day of Education today he called on all stakesholders to join hands with the State Government especially Ondo SUBEB to be able to achieve the lofty vision of UNESCO of Education for All.